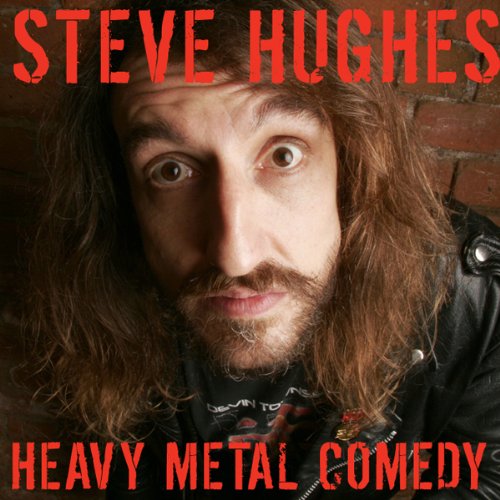 Steve Hughes spent his formative years in Australia as a heavy metal drummer! After 10 years of recording and touring Steve gave up his job as a drummer and decided to start talking to the audience.

Widely regarded one of the most esteemed and exciting stand up comedians working on the International circuit, Steve rocks the room with over 45 minutes of blistering political stand up, recorded live at The London Comedy Store.

"...acutely observed and cutting bone-deep. Steve delves into gutsier territory - racism, terrorism, homophobia - with an honesty and openness rarely seen among comics. His insights are spot-on, his opinions are intelligent and his jokes are top class." ( The Guardian)
"...Hughes is gold!" ( Metro)

What listeners say about Steve Hughes

I first came across this guy while watching a
Michael McIntyre performance, as he was a guest
comedian. Having listened to the whole album I've
discovered that he is an entirely different sort of
comedian to McIntyre being deep, thoughtful &, above
all, rock and roll.

What I was expecting was him to be like the videos
of him - brilliant in part but lacking in material.
Happily the material I'd seen was as consistently
good as the rest of it, with each line well honed &
lots of material to get you thinking.

As an example of his style of comedy there is his
jokes about gay people. His twist on it is that
straight people are the ones that are soft as gay
people **** other men!
Aside from this, there is his observations about
England from an Australian perspective (e.g. that
Welsh is made up by someone spilling a box of
scrabble tiles!) & a material on the war on terror
('And what does War create? Terror!')

So, all in all this is an interesting listen,
slightly reminiscent of Bill Hicks & George Carlin's
efforts but with the added benefit that Hughes'
comedy is modern & relevant, delivered by a man who
is very much alive. Here's to his continued success.

One last thing is a track listing. Happily (unlike
bands like 'Fallout boy'), what you see is what you
(more or less) get.