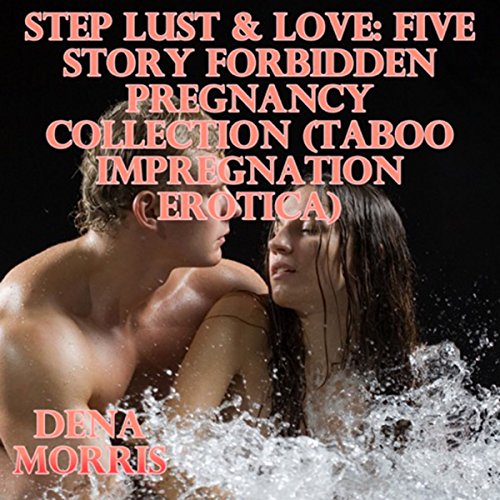 "Step Desires: Women With Big Breasts", is about a middle-aged man and his young, next door neighbor Ashley. He’s often dreamed of doing something sexual with her, including playing with her huge breasts and making love to her. One day, she offers him the chance to.

"Man Of The House Lessons In Love", is a story of a young woman who hits the peak of her sexual desire and wants to make love more than anything in the whole world. There’s no lack of experience in her would be teachers, because she’s fortunate to have three generations of willing men around. She gets busy learning everything possible and her first teacher is the youngest man of the group. Later, there are some pleasant consequences from all of that loving.

"Step Lust: Alternate Lifestyles", is a very sexy story about a young woman and her female lover, as well as the man of the house and four of his friends from the football team. He is determined to show her what male on female loving feels like and to also know the joys of motherhood. After inviting his friends over they end up exploring each other for hours until the two women fall exhausted onto the bed and end up fast asleep in each other’s arms. Everyone is satisfied but the whole episode leaves one guy wondering if he will be a father.

"A Sexy Offering From The Man Of The House", is an often humorous and wry look at a young woman and the men in her house who have decided on a fun weekend party in the garage. Despite being kept there for two days, her spirit is free as she talks back to them and gets the upper hand by wearing them both out. After the weekend is over, her life becomes a different story and a few weeks later the decision is taken out of her hands as she receives a gift of continuing love.

"Riding Up The Elevator To The Rich Man", is a sexy story about a young woman who’s longed to have the man of the house make love to her.