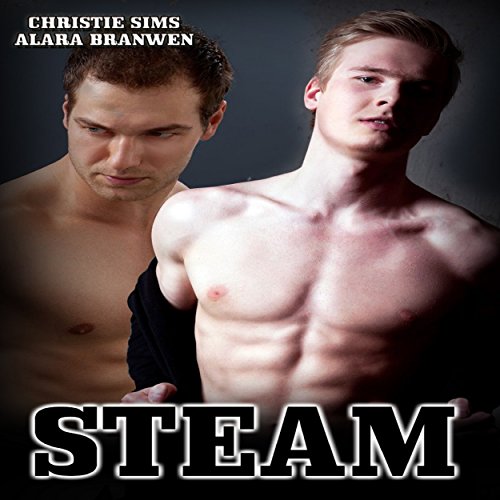 By: Christie Sims,Alara Branwen
Narrated by: Toby Trail
Try for £0.00

He wondered how it would feel to be pressed against the wall with Grey's powerful body against his.

Grey was the man of Jason's dreams: muscular, sexy, and very outgoing. There was very little chance that he'd notice a nerdy slip of a guy like Jason.

Then Jason runs into the weretiger at the sauna alone. Grey approaches Jason and compliments him on his body. The rugged male makes Jason feel more submissive than he's ever felt in his life. The sauna's steam and his desire send him into a sexual delirium. Is Grey really getting closer to him as they talk? Are their bodies really touching? Are his fingers finding places that he'd only dreamed of touching? Or have his lust and the sauna steam sent his mind over the edge?

What listeners say about Steam

2) Being cats, they probably wouldn't be too into eating from a juice bar menu.

Too short for me.

I was expecting a whole book that I could listen to period isn't there any more to the story?