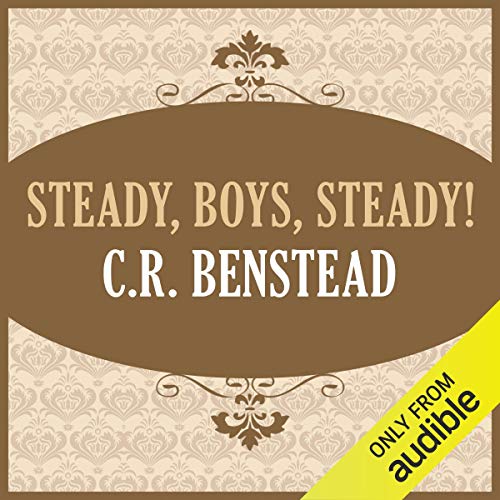 The author says this book is a profound study of our incomparable Navy, and indeed it is, but the guileless solemnity with which he presents and explains a wealth of untoward incident combines Norfield's innocently literal interpretations to make it just as diverting as it is profound.

Beyond doubt there is no other like it. Both author and artist are out for fun. They take an impish delight in looking at things in every way but the normal and what they see loses nothing but their sense of period which is certainly as timeless as the sea itself. No extract can do justice to a book where every page is marked by hilarious misunderstanding, but mention of the sailmakers who were ordered not to wear any trousers when leaving the dockyards and the tremendous consequences in naval evolution that resulted, if Mr. Bestead is to be believed, will give some idea of the fare provided by a great service when seen through the eyes of experience. After all, it is truly said that only the great can laugh at themselves.

Mr. C. R. Benstead, a graduate of Cambridge University, has been both soldier and sailor. In the First World War he was mentioned in despatches after the controversial Passchendaele battle in 1917, and won the Military Cross in the fighting near Amiens that followed the great German offensive in 1918. His book Retreat, written against the background of the ill-fated British Fifth Army, created worldwide interest. At the outbreak of the Second World War he was Meteorological Officer of the aircraft carrier Furious, in which he continued to serve for over two years and he finished the war on the staff of the Commander-in-Chief, British Pacific Fleet. After retiring from the Navy, he was, at one time, Senior Proctor of the University.