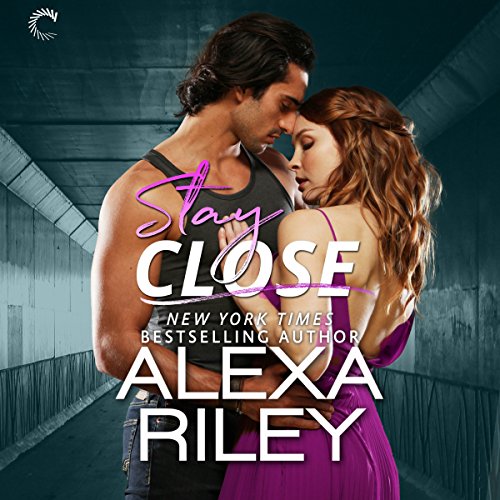 By: Alexa Riley
Narrated by: Lexi Richmond,John Lane
Try for £0.00

New York Times and best-selling author Alexa Riley returns with Stay Close, the first novella in a brand-new series spinning off from the best-selling For Her books.

A former Russian mafia soldier is hired to protect a friend's young daughter, but he knows he'll do more than keep her safe - he'll make her his. Forever.

If she were to simply whisper my name, I would be at her feet, begging to touch what I shouldn't, taste what doesn't belong to me, run my hands along the sweet innocence she taunts me with.

Penelope Justice is 18, old enough to graduate high school but - according to her parents - not old enough to live without 24/7 security. Practice has made her an expert at ditching her bodyguards. One look at Ivan and she never wants to run again.

I've been hired to protect her.

I can't help but think that perhaps someone should have protected her from me.

Ivan steals the breath right out of her lungs, something no boy has ever done. Then again, he's far from a boy. This man, this man who looks like he could kill someone with the flick of a wrist, is everything. He is her future.

I can't let her go, and I won't give her up. I've done bad things in my life, and I don't deserve her. But I can't do the honorable thing.

I've never been noble, and I'm not starting now.

This title is part of the Carina Press Romance Promise: all the romance you're looking for with an HEA/HFN. It's a promise!

What listeners say about Stay Close

This audio book was too short. The plot predictable, charcters were stereotypical.
I was disappointed.

so happy to find Alexa Riley on Audible! I've read all of their work. this one was so wonderfully done. As expected it was sweet, hot, insta love done up in a short fun package. waiting for Fiona Davenport and my guilty pleasure will be complete.

I love Alexa Riley books. The hero is passionate and hurting. The heroine is young but capable to deal with his problems. The narration is wonderful! John Lane did a great accent with his deep voice. Sent shivers all over me. I wish there was more, but I was still satisfied with this short story.😊

Penny and Ivan own my heart*sigh* AR really do write the best men. The perfect mixture of innocence and getting down and dirty. Love at first sight, having a soul mate is definitely what they have going on.

"For there is nothing more powerful than the spell she has me under."

He is suppose to protect her from bad things they could come her way...

"But as I push away from the bar and walk towards her, I can't help but think that perhaps someone should have protected her from me."

He is the "bad boy" she is the innocent 18 year old girly girl. She is the heart of the family the glue that holds all of the love together.

This story will knock your socks off.

I cannot even explain how much I love this author. I have read every book she has released on Kindle and am so thrilled she came to audible. I buy her books without even reading the description. She's just that good!