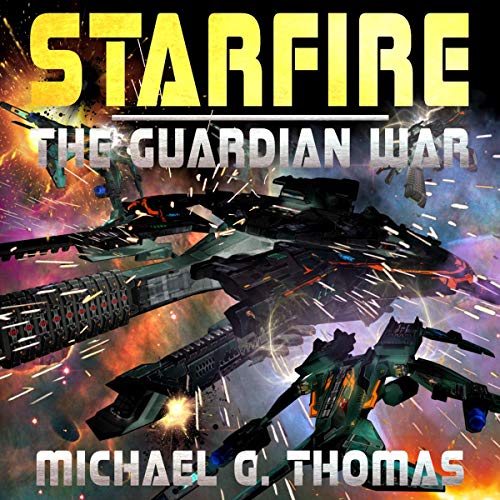 Thrust into a civil war on the other side of the Galaxy, Alliance Marine Spartan and his fleet face a threat unlike any other. While a brutal conflict rages through the region, another dark and terrible threat emerges in the form of a vast dreadnought called Starfire, a ship so great that it dwarfs an entire battlefleet and leaves a string of scorched planets in its wake. With the galaxy in flames, and enemies on all sides, Spartan and his ragtag band of heroes must pick a side or fall like so many others before them. As Starfire approaches, entire planets begin their evacuation. But this is Spartan, and he never backs down from a fight. When others see danger, he sees opportunity, and he has a plan that that is as outlandish as it is impossible.

Starfire is the first book in a brand-new series in the style of Starship Troopers, Aliens and Star War, and set in the best-selling Star Crusades universe. A unique story which will take the listener to new worlds, and ancient foes never seen before. This is an epic story filled with incredible characters, technologies, weapons, and warmachines.

What listeners say about Starfire