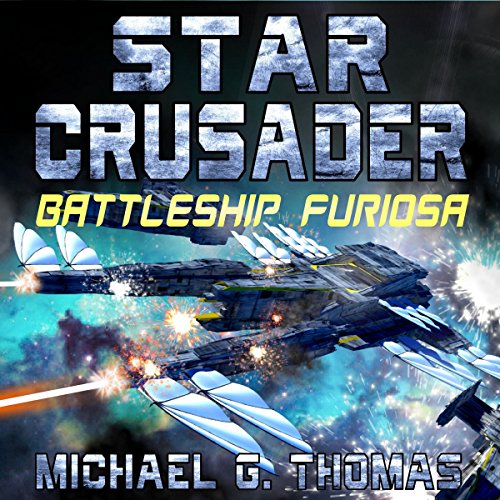 Nate faces his greatest challenge when his squadron embarks on a near impossible mission. Of the hundreds of pilots in the fleet, only they have experience operating alongside the alien pilots of the Byotai Imperial Fleet. Even if this experience was gained only in simulation. Over the past weeks, the videogame pilots have proven their mettle in battle. Now they will face the ultimate test and join the elite Byotai pilots aboard the battleship Furiosa. Ahead of them lies the most critical phase of the conflict.

A battle looms between the two superpowers, and the combined strength of the Imperial military and Alliance stands a small chance against the might of the marauding Star Empire. The vast squadrons of enemy warships, and unstoppable legions of Techno fanatics, acknowledge no borders or laws. Their sole aim is a cynical crusade to win glory for their half-blood leader, the Princeps Tahkeome. With time running out, only the mythical battleship, Furiosa, and her brave crew and pilots can make the dangerous run to locate the missing ships. They must rally every vessel and bring them to Helios Prime. The alternative, to face annihilation in the devastating battle that is to come.