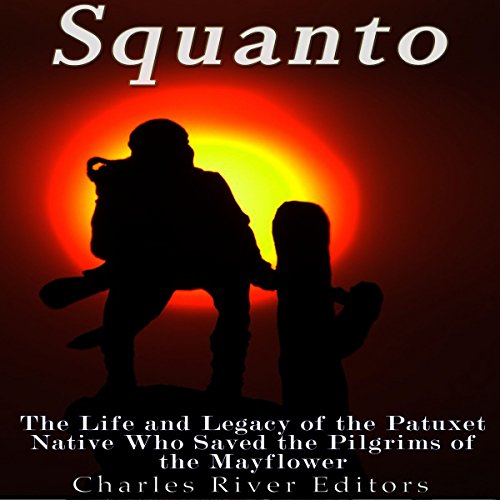 Squanto: The Life and Legacy of the Patuxet Native Who Saved the Pilgrims of the Mayflower

Squanto is a name so familiar to Americans that it is part of the very fabric of the nation's history, but somewhat fittingly, given the nation's less-than-stellar record concerning Native American culture, even some of the nation's foremost historians cannot agree on how it is to be spelled. In fact, a more correct pronunciation of his name would have been Tisquantum, sometimes spelled by 17th century people who wrote about him as Tasquantum or Tusquantum.

As Shakespeare asked, "What's in a name?" In this case, not much it seems, for while Squanto's name could have meant "the rage of the Manitou" in his native language, there was nothing rageful about this man who, in spite of a lifetime of hardship and mistreatment, nonetheless had the strength of character to look past skin color and help a small group of starving English families survive their first winter in the "New World." At the same time, one of the obstacles in understanding Squanto's life is the fact that almost everything now known about him is based on information recorded by others who had a certain stake in what they wrote. As historian Jeffery Miller noted, "In their transatlantic correspondence, the Pilgrims presented an image of powerful conquerors subjecting territory through diplomacy and just war. However, as their writings reveal, they relied heavily on Native allies, such as Squanto, the Indian guide who had explained the meaning of the Narragansetts' snakeskin bundle. For centuries, Squanto has been celebrated as a selfless mediator who showed the Pilgrims how to plant corn and helped them survive their first winters. However, the details of Squanto's life and his role in English alliances are more complicated than admiring portraits reveal.

Taken captive by traders in the early part of the 17th century, Squanto had traveled widely before meeting the Pilgrims, even living in London from 1616 to 1617. When he returned home, he found that his tribe had been destroyed by plague. Squanto paid a high personal price in order to help the Pilgrims, and inadvertently secure himself a place in American history. Historian George Sabato has observed, "One of the earliest accounts of an Indian being captured and enslaved is that of Squanto. Squanto is traditionally introduced as the Indian who facilitated communication between the Pilgrims and the Indians. The part of the story generally not told is that Squanto had been captured and brought to England as a slave, later to be brought back to America with Captain John Smith. While in England, Squanto learned English and became a Christian. This is the 'secret revealed' as to how Squanto was able to speak English to the Pilgrims and serve as their translator, and was able to teach them to farm."

What listeners say about Squanto: The Life and Legacy of the Patuxet Native Who Saved the Pilgrims of the Mayflower

Much more complete and thorough than what you learn in grade school. Even covers some of the controversies surrounding him.