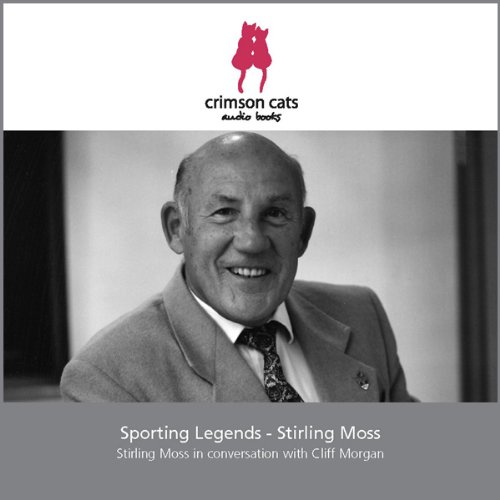 Cliff Morgan talks to sporting personalities of the past. In this recording he is in conversation with the legendary racing driver, Stirling Moss.

Stirling Moss is often described as the best driver never to win the Formula 1 World Championship. He was runner-up four times, winning 16 Grand Prix races, before a serious crash in 1962 ended his career. Born in 1929 his interest in cars started at an early age. He was only eighteen when he first drove competitively, taking part in Hill Climb events. During the 1950s he won many Sports Car trophies and events, as well as pursuing his Formula 1 career. Following his retirement from top flight motor racing Stirling Moss continued to race “for fun” in events for touring cars and historic sports cars. He still travels widely to promote motor racing and was knighted in 2000. “Morgan the Magnificent” was the title given to Cliff Morgan by South African newspapers when he toured the country with the British Lions team in 1955.

His success in that tour earned him the captaincy of Wales the following season. Cliff was born into a mining family in the Rhondda in 1930 and joined Cardiff Rugby Club straight from school, playing at fly-half. When his playing career ended in 1958 he joined the BBC, working as a TV commentator and producer. For the last ten years of his BBC career he was Head of Television Sport and Outside Broadcasts, with overall responsibility for the coverage of state occasions as well as all major sporting events. After he retired from the staff of the BBC he became the presenter of the popular Radio 4 programme "Sport on Four".