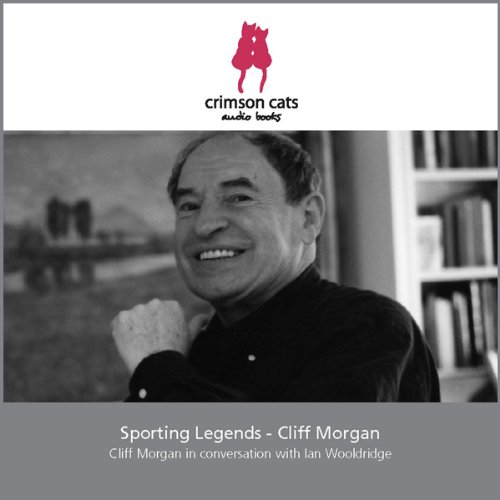 Cliff Morgan is interviewed about his rugby career by the sports journalist, Ian Wooldridge. “Morgan the Magnificent” was the title given to Cliff Morgan by South African newspapers when he toured the country with the British Lions team in 1955. His success in that tour earned him the captaincy of Wales the following season. Cliff was born into a mining family in the Rhondda in 1930 and joined Cardiff Rugby Club straight from school, playing at fly-half. When his playing career ended in 1958 he joined the BBC, working as a TV commentator and producer. For the last ten years of his BBC career he was Head of Television Sport and Outside Broadcasts, with overall responsibility for the coverage of state occasions, as well as all major sporting events.

After he retired from the staff of the BBC he became the presenter of the popular Radio 4 programme "Sport on Four". Ian Wooldridge was widely recognised as the best sports writer of his generation. When he died in 2007 the many tributes spoke of his honesty, his fairness and his enthusiasm for sport. He particularly loved rugby, cricket and golf. Ian was born in 1932 and after an undistinguished school career he entered journalism, working on several local papers. In 1961 he joined the Daily Mail where he first made his name as a cricket correspondent. He stayed with the paper for the rest of his career as a sports writer and columnist, covering every major sporting event and winning numerous awards for his journalism. He wrote his final column the week before he died.