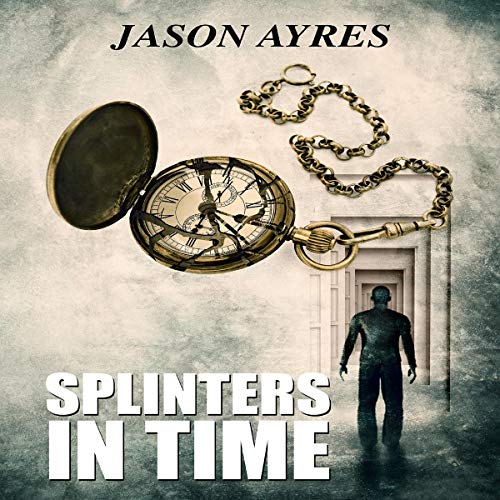 Getting lost in the wrong time was bad enough. But things get far worse for Josh Gardner when he can't even find his way back to his own universe.

When his ex-girlfriend, Lauren, starts having recurring nightmares about a strange alternate reality in which she was murdered, Josh becomes interested in proving the existence of other universes. Finding a focal point in the past from which thousands of new universes seem to stem, he travels back in time to find out how they were created. Unfortunately, he ends up causing the very event that he went back to investigate.

Cast adrift in the multiverse, he no longer has any control over where and when he will end up. With each jump sending him further and further back in time, he finds himself lurching from one alternate universe to another, some similar to his own, others drastically different. He has but one hope - to find an alter ego in another universe to help him find his way home. But in worlds ravaged by wars and diseases, in many cases it becomes a battle just to stay alive.

Splinters in Time is the fourth novel in The Time Bubble series. The story continues in the fifth volume, Class of '92. A spin-off series, Second Chances, is also available.

Want to know more about the author? You can find him at:

What listeners are saying about Splinters in Time....

"Superb series seems to get better the longer it goes." (Ozzie2920 on Amazon UK)

"Really enjoyable addition to the series. If you like time travel books this is as good as it gets. And more to come hopefully." (itjustmyopinion on Amazon UK)

"I've read all of these books and I think it's remarkable how Jason tied it all together. The way he manages to write them all as stand alone books and for together in this way is pure genius. Thanks Jason for writing such amazing books that have fed one of my obsessions - time travel." (Shazzy on Amazon UK)

"Another great time bubble story. Love the interlinking nature of the novels." (Ian B Cormack on Amazon UK)

"Excellent addition to one of the best time travel series I have ever read and I have read dozens." (ilvwdw on Amazon USA)