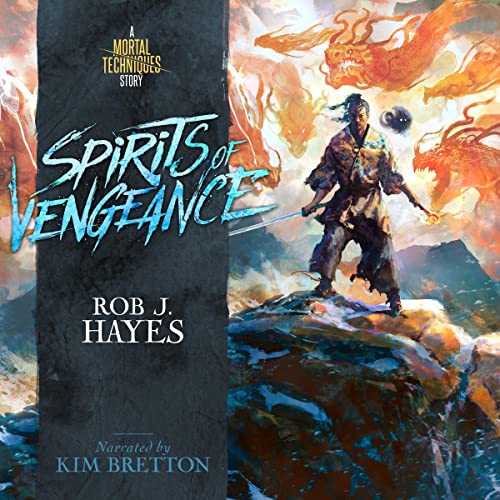 He'll die as many times as it takes.

The Ipian Empire was once a land that welcomed dragons and spirits alike, but a century of war and bloodshed saw them all but vanish. Now, the lost things are returning and the Onryo have gathered. Five legendary spirits with mysterious powers, bent on freeing an ancient evil that would wreak havoc on humanity.

Haruto swore his soul to the God of Death for the chance to hunt down the vengeful ghost of his wife. Now an onmyoji, he’s tasked by the Imperial Throne to hunt down monsters and malicious spirits. But he knows not all spirits are evil and not all deserve the peace of the sword.

Kira is a student at Heiwa, an academy for children with dangerous techniques. But she has a secret: She’s not like the other students. When the school is attacked, she flees with one of the tutors, determined to hide both from those who would kill her and those who would use her.

As a plague of spirits sweeps across the land, the Onryo leave a bloody trail for Haruto to follow. But who’s hunting who?

What listeners say about Spirits of Vengeance

Being a standalone story, I started the mortal techniques with this book. Awesome story, from start to finish! Now I have to go back to the other books in the series!