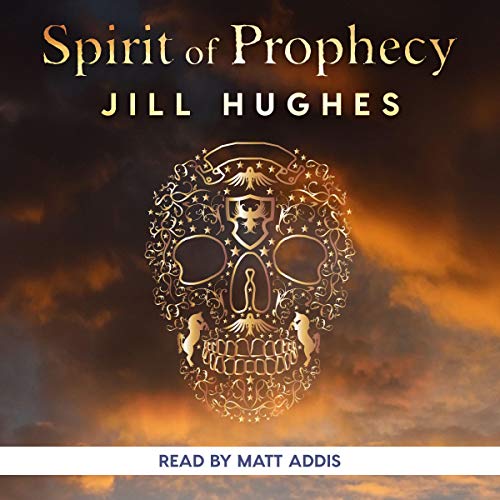 What if your past came back to haunt you and stalked the present until it became your worst nightmare? What would you do if you discovered you’re engaged to a murderous psychopath about to go serial?

J.J. Hughes explores the lengths to which we will go to keep the past from overshadowing the present and destroying the future. Spirit of Prophecy is a highly original, cutting edge, metaphysical crime mystery with a breathtaking paranormal twist.

Years ago, a terrible atrocity occurred in Apache Indian territory in New Mexico, and now the players take up their positions to execute a horrific revenge. If you liked A.G. Riddle’s The Atlantis Gene, you’ll love this.

Evil awakens, and Rosetta Barrett, a psychic detective, must settle old scores and heal ancient wounds. She has the highest international security clearance with the Elite Paranormal Intelligence Services [EPIS], but she can’t tell her family or the courts what she really does. Divorce was hell. She lost custody of her children because of her paranormal beliefs and abilities, and now she’s fighting to get them back.

If Rosetta fails to convict the criminal and end the horrific cycle of revenge and retribution, the past is set to explode into the present with dire and explosive consequences.

Listen to Spirit of Prophecy and get onboard a metaphysical rollercoaster from the future to the past and back!

What listeners say about Spirit of Prophecy

What an intriguing and delightful book! The story, itself, was well written, but the mix of Paranormal would cause any skeptic to have second thoughts! If you are a horse lover, lover of American Indians and believe in walking this earth in some form after passing, this is the book for you!