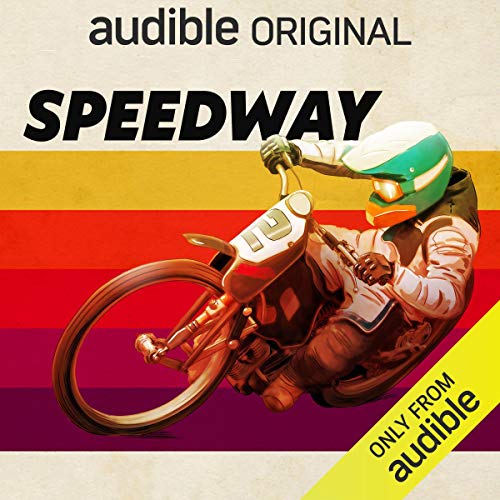 What listeners say about Speedway

Told me so much I didn't know .. I didn't know ..
Has brought me upto speed on the sport ..
Inspired me to go and watch Bellevue Aces and Colts at the opening of tbe season ..
In March ..
Thank you x

Not just for speedway fans

Loved this series despite not knowing much about speedway. I thought I'd give it a go and I'm glad I did - it's a really warm production with some great insights from fans and riders. Their love for speedway is infectious and I found myself rooting for a sport I hadn't given much thought to previously. Lots of laughs along the way too!

Great short series and well presented. Good variation of perspectives and insight into speedway and challenges in the modern era. Presenter has infectious enthusiasm

A trip down memory lane

Absolutely brilliant podcast .
Took me back to when I used to watch the King's Lynn Stars with my uncle

Insightful. Learned a lot and took me back years to when it was on TV.

A fascinating insight into the world of speedway, showing its decline from a TV regular to an almost forgotten sport. Interesting views from the owners, riders and fans. I listened to all these on one evening.

well narrated and structured giving a broad overview of the sport its history and characters.

A great look into Speedway

This was a great look into the history of British speedway, the potential future of the sport and how other countries have kept it alive. Put well together, good interviews and information

I now want to watch some speedway!

My family is big into motor sport especially my brothers who ride in the motorcross (amateur) and watch speedway. I loved listening to these episodes and it's influenced me to want to see the speedway. The history was fascinating and now i understand why my brothers like it (they were in their early teens in the 70s). I know the names of some of the riders (Ty Wofenden particularly) so it would be good to see them 'in the flesh.

Well written, fun and intresting! well worth the time to sit down too.. Full of history and includes very interesting guests!