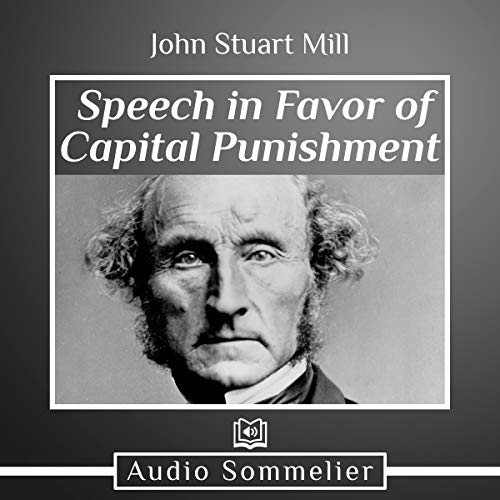 Speech in Favor of Capital Punishment

By: John Stuart Mill
Narrated by: Peter Quest
Try for £0.00

John Stuart Mill is regarded as one of the most influential thinkers of the Victorian Era. In this speech, he defends the practice of capital punishment. He states, “I defend this penalty, when confined to atrocious cases, on the very ground on which it is commonly attacked - on that of humanity to the criminal; as beyond comparison the least cruel mode in which it is possible adequately to deter from the crime.” Though written in the 1800s, Mill’s argument is still relevant in contemporary discussions of capital punishment.

What listeners say about Speech in Favor of Capital Punishment