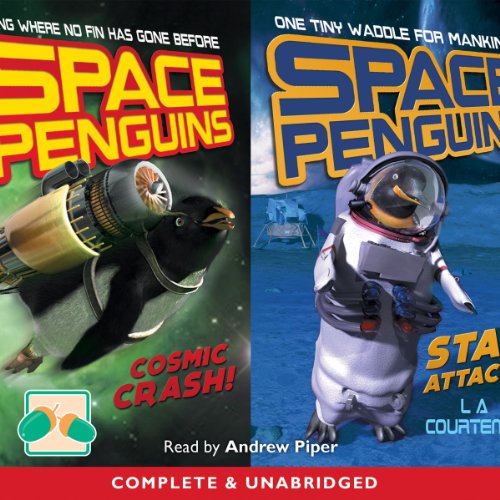 By: L. A. Courtenay
Narrated by: Andrew Piper

What’s black and white and flies faster than the speed of light? The Space Penguins! They’re the ice-cool crew of the spaceship Tunafish.

In Cosmic Crash! the penguins splash-land on a watery planet and find themselves in the tentacles of a monstrous sea creature.

In Star Attack! the crew of the Tunafish pick up a distress signal from a cargo craft. But the Tunafish’s daring rescue is canned when the vessel runs into trouble, too. What’s been luring spacecraft to their doom?

What listeners say about Space Penguins