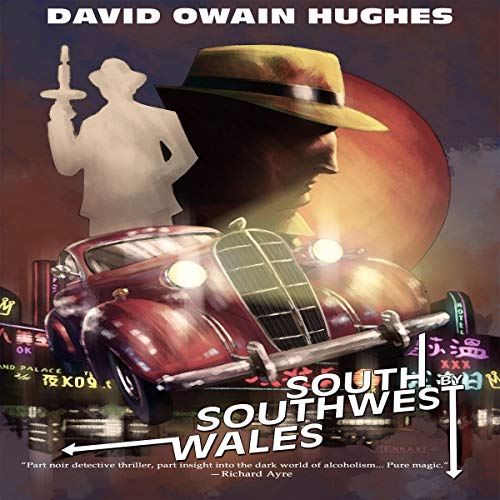 Samson Valentine is the best private eye ever to wear a fedora - or at least he was, before he became a washed-up booze hound. There simply isn't demand for a whiskey-swilling Welsh gumshoe who insists he's living in 1940s Chicago. Everything changes when a massive diamond falls into his lap.

Before he's too sure of what's going on, he's swept up in the biggest case of his life. The mob will do anything to get its gemstone back, and they prove it when Sam's friend turns up dead. Now it's personal, and Sam sets out on a one-man mission to take down the Welsh crime syndicate. Armed with little more than his wits and his fists, the odds don't look good. Too much time at the bottom of a whiskey bottle has given him trembling hands and an addled brain. If he's to have any chance of bringing the mob to justice, he'll first need to come to grips with his worst enemy - himself.

What listeners say about South By Southwest Wales

Would benefit from a different narrator

I loved the story, but the narrator didn’t quite fit the bill. He’s voice was very monotone and made it difficult to pay attention.

I very enjoyed this book very much. I can't wait for Sam's next adventures! I wasn't ready for the book to end, the narrator did a great job capturing the 1950s noir, detective for hire essence.

I purchased this audiobook because I was drawn in by the title and premise that the story line was vintage PI mixed with a modern twist. However, I struggled to get through to the end. The narration was mostly monotone and the story line just did not deliver.