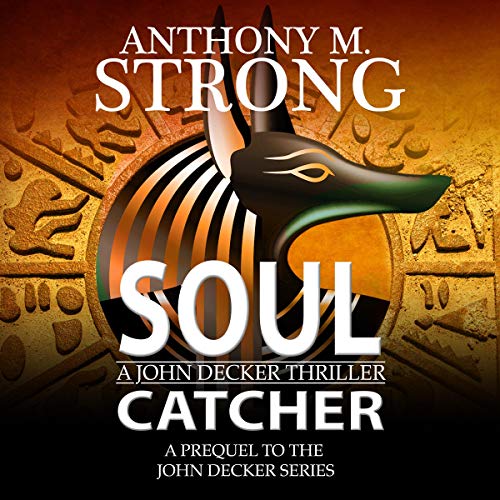 The thrilling prequel to the John Decker series.

A murdered billionaire. A priceless statue. A reclusive cult.

In New York City, Homicide Detective John Decker arrives at a brutal crime scene. A man has been tortured and murdered in his own house, a sprawling mansion on the Upper East Side. But this is no ordinary home invasion. Nothing has been taken, and there appears to be no motive. Until beautiful Egyptologist Emma Wilson shows up with an enigmatic letter penned by the victim.

Soon Decker is thrust into a shadowy world of ancient beliefs, fanatical cults, and the quest for a priceless artifact - a rare statue of the Egyptian god Anubis.

Now, with their lives in grave danger, Decker and Emma must solve the mystery of the statue and stay one step ahead of a cult with one thing on their minds, the return of their god, and the judgment of all mankind.

Soul Catcher is part of the John Decker series of novels; however, each book is a stand-alone story and does not require you to have listened to the other works in the series.

What listeners say about Soul Catcher

An engaging prequel to the John Decker series

This was a good serviceable paranormal story. Nothing spectacular but solid. In many ways it reminded of the mummy movies I had watched in the past. Not anything truly horrific, but unsettling in an ancient evil lurking and waiting for an opportunity kind of a way.

Enjoyable if not overly complex. Kind of like the old movie of the week. decent story, enjoyable, good performance, but not memorable in a few weeks perhaps.

Set in today’s time but it has the feel of a Film Noir detective story. Add Egyptology artifacts makes a great. 2 of my favorites. I will totally follow the series. I want to know what he gets into next.
I received a free copy but am happy to leave a honest review