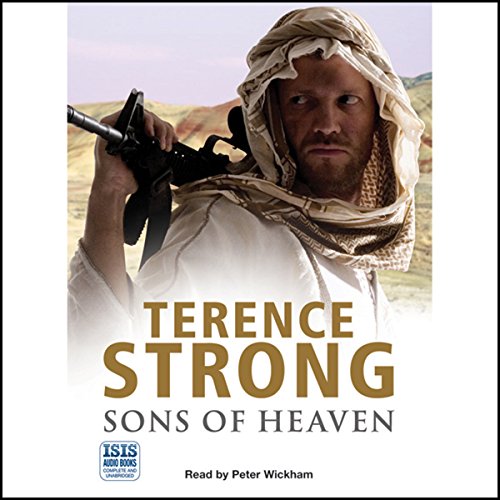 By: Terence Strong
Narrated by: Peter Wickham
Try for £0.00

They are the Pessarane Behesht. Sons of heaven. Spawned in war-torn Beirut. Nurtured in revolutionary Iran to wreak vengeance on the enemies of Allah.

When the freighter Clarion Call disappears mysteriously in the Gulf, she is carrying a secret consignment of French arms for the Pessarane Behesht in return for the release of a diplomat held hostage. Ex-SAS Major Robert D'Arcy, whose international security firm was protecting the ship, finds himself in the midst of a deadly battle of wills between state-sponsored terrorists and rival Western intelligence agencies with conflicting interests.

As the Iranians resort to kidnap and assassination in their thirst for revenge, D'Arcy must act alone to prevent a horrifying carnage.

What listeners say about Sons of Heaven

This is a "bleeding good listen" from the pen of Terence Strong.

If you like a good yarn but know nothing about the psyche of the terrorist and their victims, then you might just learn something by listening to this audio book.

If you would like to know a little more about what makes Special Forces trained people "tick", then this will give you an insight into that too.

As for the Spooks and Anti Terrorist Police, Strong has characterised them well enough, but it is the insight into the minds of women which made me grin!

I would love this to be made into a movie! There is something 'Bond like' with this and frightfully British and I loved it! The narrater was perfect pick for this novel.