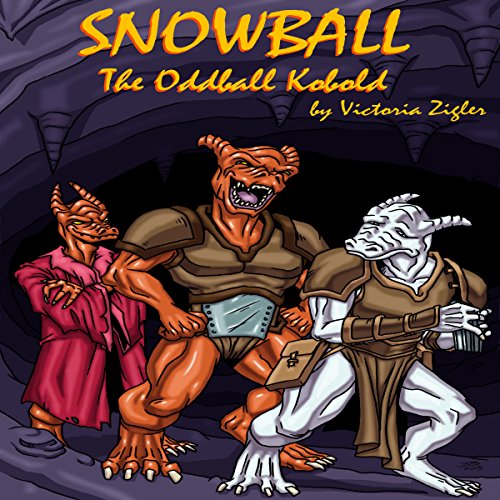 Snowball is a white kobold, something so rare that the other kobolds in his tribe won’t accept him as a proper kobold. In fact, they delight in making poor Snowball’s life miserable. But Snowball is determined that some day he’ll show them that there’s nothing wrong with being a white kobold. One day, in Snowball’s tenth winter, something strange comes to the mountains where Snowball and his tribe live. The kobolds want to know what it is, but with their red-brown color they’ll be spotted much too easily in the snow. Only Snowball, with his white coloring, has a chance of investigating without being spotted.

Could this be Snowball’s chance to prove he’s a useful member of his tribe and finally be accepted as a proper kobold?

What listeners say about Snowball the Oddball Kobold

This is not worth spending money on. There are short stories written by numerous budding authors available for FREE that are far superior to this $4 cash grab. You are better off recording yourself reading one and listening to it later. It is a shame because the author and narrator both have the talent to tell a story worth paying 4 bucks for, but this isn't it. I feel scammed and if I can be reimbursed then I will rewrite this review. Audible is a very poor medium through which to tell traditionally published children's short story picture books.