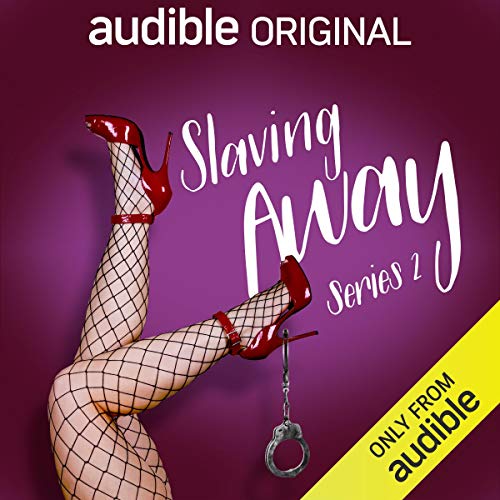 What listeners say about Slaving Away (Series 2)

just as funny, if not more, than the first season! I can't wait for season three. Let's hope Miranda finds love at last.

Honestly could listen forever! It's great! Well written, well recorded, not a bad word to say

Come on audible. we need a 3rd series now! just as mirander says.. what happen to the brigadier? does mirander get a fella.... will the Scottish woman come a knocking? does claire make up with Dan?.. you seriously cant leave us hanging!...

Absolutely loved it. I was laughing all the way through - it helped my usually dull commute pass in a blur of merriment.

Seriously - please bring this back for another season

Thank you Miranda and Audible. This series, just like the previous one, is excellent. Miranda's writing is so clever and funny. I listened to all 6 episodes in one sitting, and loved every minute! Please produce a third series.

An enthralling, funny and captivating series. Kept me giggling away for hours. Please can we have series 3

I can't remember the last time I laughed this hard. I hope there will be another season.

3rd series please Audible !!! I loved the 1st series and I was excited to see the 2nd series appear. Funny, sassy and honest, this take on a taboo line of work is a fantastic listen. I listened to them on a half marathon and the time flew by. Perfect listening material but beware of laughing out loud lots and lots.

Fantastically written and performed from start to finish. Just what I needed in the current climate something both funny and thought provoking.
definitely worth a listen!

This was great. I wanted something light and funny...this delivered. I found myself laughing out loud more than once.

This is a performance. It is not smut.

It is a full cast comedy. Sex is a part, but isn't the focus, of this performance. It also brings in woman's rights and and the inequalities. I gave my wife some quips, and she was terrified. I only shared a few good parts. There are so many. You won't be disappointed. So fun, and funny.

Miranda and the cast have done it again! This season we build on the relationship between Miranda and Claire and it is masterful. It is fun to listen to them learn about each other's worlds and grow from the experience.
I have laughed out loud each time I've listened to this series and wanted to give it a review.

absolutely the funniest and most entertaining series ever! 😂 every character is unique and i can really picture every scene! great performance and amazing storyline!

I just love this series. Has me jaw dropping and laughing out loud. so good

Miranda is a delight!

This is a hilarious podcast, all 3 are so good!! I hope for more from her!!

this podcast is AMAZINGGGG!

I love this podcast! Its hilarious and so true if you're a sex worker! Definitely one of my favorite reads on Audible! Season 3, please!

All of the episodes are entertaining and very engaging and funny as well great listen while you're working lol.