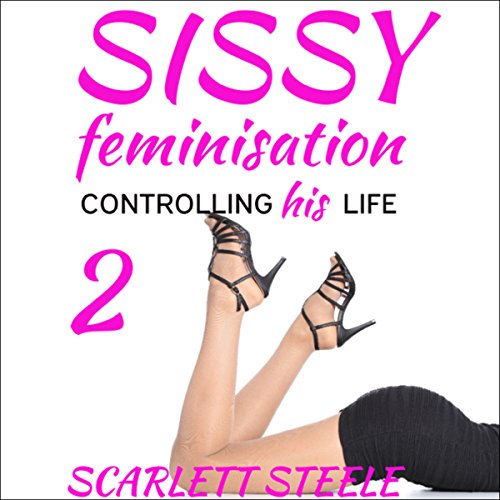 James nervously fastened the pink straps on his high heels and blinked as his sissy persona stared back at him in the full-length mirror.

Within minutes, his wife was going to parade him across the Beach Beauty Contest, showing off the feminized and emasculated husband.

James watched nervously as his wife submitted the completed form at the front desk.

The curious cross dresser had been caught red-handed in his wife's underwear, and she'd been eager to parade him in front of their new neighbors, smiling as she watched him sweat in his maid's outfit.

The once-confident husband had been transformed overnight into an obedient sissy maid, tending to his wife's every need.

Kathryn pulled James into the lingerie shop, coercing him to try on various outfits as his alter-persona sissy, and when the dominant wife stumbled across a Beach Beauty Contest, she leaped at the chance to enter the highly anticipated weekend contest.

The late evening Saturday beach contest was the state's biggest, presented in front of crowds of thousands and various photographers scattered across the audience capturing the beauty on display.

James's sissy persona Jennifer is stretched far beyond any limits he ever imagined as his cruel and dominant wife showcases her sissy in the skimpiest and most revealing outfit to the thirsty crowd.

This 15,000 word short contains explicit scenes and should be enjoyed by adults only.