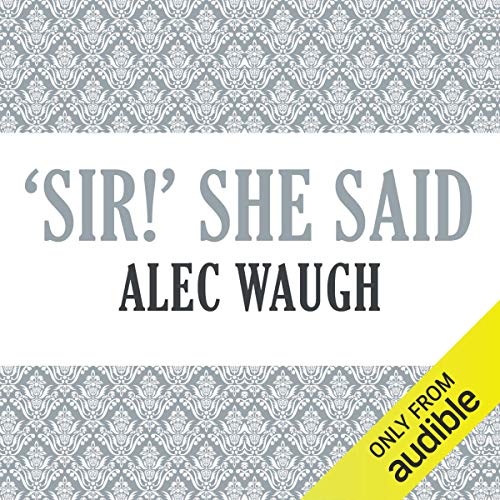 ‘The man who asks a woman what she wants deserves all that's coming to him!’ This was Melanie's viewpoint and she always knew exactly what she wanted. Julia was different. She worked in a dress shop and she was often disturbed about her younger sister's morals. Both head strong, their differing character traits meant that their parents didn't know what to make of either of them. Here, against a background of smart and not-so-smart London we see the business girl and the girl-about-town meeting their difficulties in sex and in the daily routine.

Alec Waugh, 1898-1981, was a British novelist born in London and educated at Sherborne Public School, Dorset. Waugh’s first novel, The Loom of Youth (1917), is a semi-autobiographical account of public school life that caused some controversy at the time and led to his expulsion. Waugh was the only boy ever to be expelled from The Old Shirburnian Society. Despite setting this record, Waugh went on to become the successful author of over 50 works, and lived in many exotic places throughout his life which later became the settings for some of his texts. He was also a noted wine connoisseur and campaigned to make the cocktail party a regular feature of 1920s social life.