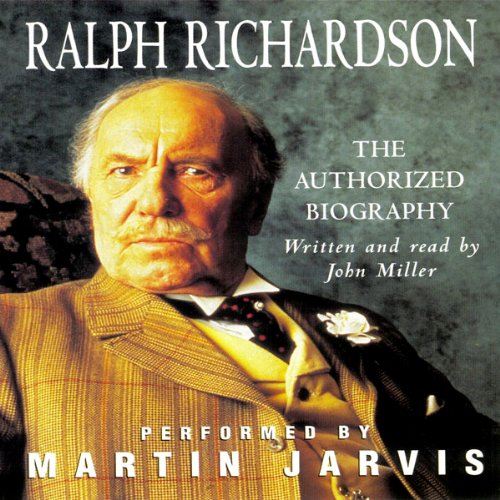 Ralph Richardson was a contradictory genius who remains a legendary power and presence. He dominated stage and screen for over 50 years. Richardson eschewed most of the romantic heroes that made his two friends, Olivier and Gielgud, famous; he was the only one of the three thought capable of playing the ordinary man.

In his search for the man behind the actor's make-up, the author has talked to Ralph Richardson's friends and colleagues. From their memories and Richardson's own words, John Miller has woven a portrait that shows Richardson in all his complexity and reveals the inner drive which took him, against the odds, to the heights of public and critical acclaim.

John Miller also disentangles the real from the apocryphal stories of the eccentricity that contributed to the Richardson legend, discovering most to be true and finding new ones. Sir Ralph believed in keeping the secrets of his art from the public, but those secrets he did show to his fellow players are now told in this biography.

I did so enjoy the awesome characterisations of Martin Jarvis in bringing this interesting eccentric to life, This was a golden time in the theatre in which Sir Ralph part such a huge part.