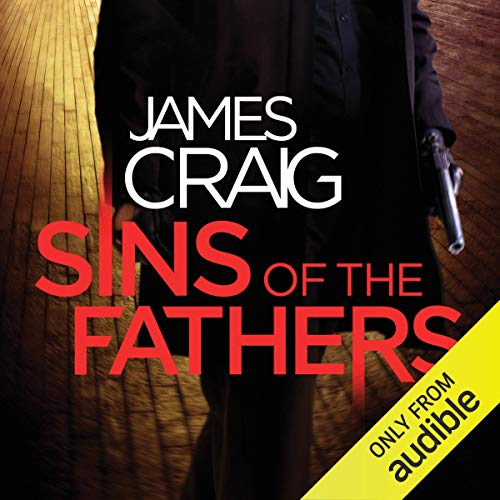 Sins of the Fathers

By: James Craig
Narrated by: Joe Jameson
Try for £0.00

When Julian Schaeffer is shot in front of his son in a London park, suspicion falls on his estranged wife. The woman has a seemingly watertight alibi, but Carlyle - trying to make the best of a difficult relationship with his new sergeant, Umar Sligo - won't stop digging.

Focused on the Schaeffer case, the inspector is not too interested when Daniel Sands is hauled in to Charing Cross, accused of kidnapping. Then he discovers Sands' back-story and finds himself propelled forward in a quest for justice for two fathers and their destroyed families.

What listeners say about Sins of the Fathers

What made the experience of listening to Sins of the Fathers the most enjoyable?
I always enjoy these books, set in and around the West End of London where I used to work for Royal mail - I even delivered mail on occasions to Wintergarden House!

What does Joe Jameson bring to the story that you wouldn’t experience if you had only read the book?
Very well read by Joe Jameson - really puts life into the character's voices

Did you have an emotional reaction to this book? Did it make you laugh or cry?
Can't wait for the next installation of this lively series.

Too many moving parts?

No, not too many moving parrs but do not let your attention wander. I like the many crimes piling into Charing Cross police station. Threads are picked up, dropped, reappear later and I wondered sometimes if crimes could be solved. They could. I find the reading challenging because I could not immediately recognize bad guys just by name. Reading some books does have the advantage of burning names into memory, something listening just doesn't do well. I did like this book very much.