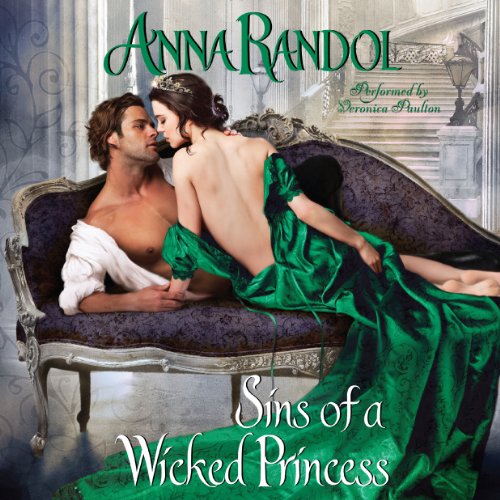 Sins of a Wicked Princess

Sins of a Wicked Princess

In the scorching finale of Anna Randol's wickedly tempting Trio series, the Wraith takes on a mission - and a princess - he'll never forget . . .

Ian Maddox, aka the Wraith, is happy to leave his life as a spy - as soon as he discovers who's been trying to kill his friends. All clues lead him to the bedroom of an exiled princess. Yet Princess Juliana isn't the simpering royal he expects, and this irresistible beauty agrees to give him the information he seeks . . . for a price.

Princess Juliana has never cowered - not even as she fled her burning castle in the midst of a rebellion - so she won't tremble before the darkly charismatic man who appears in her bedchamber and holds a knife to her throat. Instead, she bargains with the infamous spy to help her retrieve sensitive documents and restore her kingdom. But Juliana quickly finds that Ian is no humble servant, and she never imagines that lessons in thievery will lead to schooling in seduction.

I really enjoyed this story. The hero and heroine both very likable, smart, and strong characters. There was a lot of dialogue throughout the whole book which was great! I love a lot of dialogue in books. The sex was minimal but it was there. The secondary characters were great too.

I thought the narrator did a very good job and I enjoyed her narration very much.
Credit Worthy? Yes