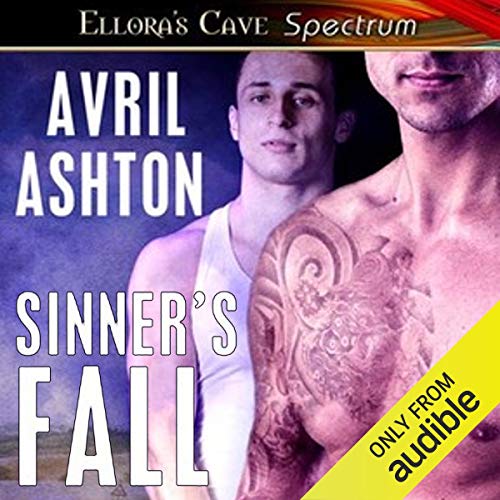 Tommy Jankowski is hiding from a past he can’t escape and a man he can’t forget. With a new name and resolve, he settles in a small California town. It’s there he catches the eye of a predator. Fearing for his life, Tommy reaches out to his old boss for help. The man who shows up is the last person Tommy is prepared to face. Mateo Oliveros hasn’t forgiven himself for scaring Tommy so bad he took off running. When Mateo gets a call that Tommy is in danger, he doesn’t think twice before rushing to the rescue, but Tommy isn’t happy to see him. Mateo’s plan is to eliminate Tommy’s problem then walk away, but that’s getting harder and harder to do. The pull between them hasn’t disappeared - in fact, it burns hotter and brighter. With neither man willing to give in, they’re both headed for a fall. It’s only a matter of who goes first.

Tommy finally got his story

I loved this story despite the the trauma abuse and sheer bad luck that follow poorTommy
I loved Mateo character and how gentle and respectful he treats his man.
The narrator was excellent ! A very good Range of voices and seemed to enjoy what he was doing.It made for a very enjoyable listen

Needs to be longer...

FYI: This is m/m romance.. and graphic violence... It's a gang member/cop romance... so be warned!

I think this is actually a novella... b/c it so short... plus there is no way the story is over... I have got to see the Neata brother captured...

Mateo and Tommy had a hard time in book 2, now with this book (book 4) we see the Mateo doing his own thing (Los P has disbanded after book 2)... and Tommy trying to move on...

After the Tommy gets mixed up with someone close to the Neata brothers... Mateo comes to be his bodyguard...

Great continuation...but I wish it was longer... Hope there is a book 5 coming soon!!


Part of a series of delicious, steamy stories. This author is one of my favorites. Maybe the favorite!!! I've loved everyone of her books so far.

A great continuation of the series -Tommy and Mateo are perfect for each other. Great narration!

I think listening to this is the BEST way to enjoy this story. As an ebook this didn’t move me nearly as much as the rest of the series, but listening to it, bumped this to number 3 – just barely behind number 2.

It’s a shorter story – Tommy and Mateo have already met and started their relationship in Brooklyn but Mateo scares Tommy and Tommy runs to Chico, CA. What we don’t know is that Teo didn’t know the full story and when he finds out, he’s so sorry. Because he finds out from Pablo – off page – there is no big reveal, no big moment of truth – but there is a great reunion scene when he confesses his feelings to Tommy and makes his apologies.

I LOVED that Tommy demanded something from Teo before he’d be convinced to try their relationship again. Tommy is no victim and he doesn’t hide behind his past. I loved that Teo was strong enough to give it to him.

There are some moments that felt a little – unrealistic – like the FBI just ignoring the law – but it wasn’t egregious enough to stop me from enjoying the story.

What absolutely made this was the narrator, Renard Pasquale. OMG. He is SO GOOD. He gives Teo this Brooklyn accent TO DIE FOR and since both Angel and Pablo make an appearance we get his AMAZING accents for them as well. He gives Tommy a voice that’s a little too fem for my taste, but it’s not OTT. I loved Teo’s family, too – he did the mom so well!

love the characters in the story and the nitty gritty of Brooklyn New York, it perfectly of inner workings gangster world. this author nailed it.

I needed to read sinners fall to close out the series. I like that Matteo and Tommy found their HE A but the story was too short especially for the price.

Would you be willing to try another one of Renard Pasquale’s performances?

Not sure. I bought the audio version after trying the sample and I really liked the narrator's voice until we got to the characters. I truly didn't like the characters voices and they detracted from the story.


This was a short quick read or (listen) of book four in the Brooklyn Sinners series, that I wished was longer. We first met Tommy in book 2 he is a computer wiz. Tommy is an abused kid who was in foster care and placed with a monster that I think either Angel or Pablo killed. He had sex with Mateo and Mateo is into bondage and at the time Tommy wasn't ready so he took off to start a new life in Chico California. Mateo Oliveros hasn’t forgiven himself for scaring Tommy so bad he took off running. So he buries himself in endless hook up and one night stands trying to forget about Tommy. When Mateo gets a call from Pablo that Tommy is in danger, he doesn’t think twice before rushing to the rescue, but Tommy isn’t happy to see him. He knows that he needs help he has caught the eye of the towns golden boy Steven who attacked him and plans to take Tommy to force him to be with him. Mateo’s plan is to eliminate Tommy’s problem then walk away or so he thinks. Tommy finds out that Mateo knows all about his past and at first he is upset and mad at Pablo for telling Mateo. This was a really good book that I wish was longer. Mateo and Tommy get a visit from the FBI who knows that he attacked Tommy but they don't do anything to help him because they are investigating Steven because he has ties to the brothers that Syren was trying to bring down in book three so he shoots him in the knee. The was well written (read) as I listened to it on audio with no errors I liked the narrators voice. I am looking forward to reading or listening to the next book in this series.

After LOVING the first 3 books . . .huge let down!

It was good just very abrupt, not like the first 3 in series. Expected and wanted more story.

Yeah, this was a short novella to just quickly tell Tommy and Mateo's story. The narrator did a great job, but the story was very predictable and really added nothing to the series. The 2.5 free read of Shane and Pablo was better than this. But I really wanted Tommy to have his HEA, so I don't regret getting it. Buy on sale, not worth a credit unless you are a fan of the series.

Good, but not the best in the series

Would you consider the audio edition of Sinner’s Fall to be better than the print version?

I do love Mateo is this book, Just a huge overgrown tattooed bear! with a soft spot for Tommy.

Have you listened to any of Renard Pasquale’s other performances before? How does this one compare?

Just with this series

Neither, it was hard to compare this book to the others because I loved book three and went straight to book four. They don't compare, book three is SOO good, I probably should have waited to start this one. It is good, but not as good as the last and it is short.