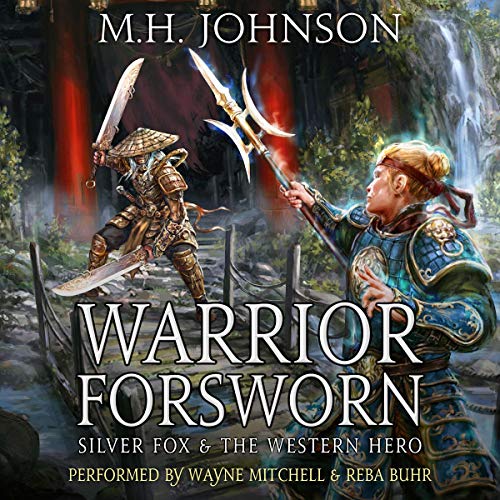 Miraculously, Alex had survived the crucible of combat and emerged victorious, earning the right to attend Dragon Academy.

But his trials had only begun.

For Alex had dared the unthinkable.

A despised Ruidian entering Dragon Academy was an abomination the school’s elite would stop at nothing to destroy, eager to cripple or kill him if they possibly could.

Even worse, Alex’s mentor was notorious for throwing his disciples into the thick of any conflict, no matter how unfair the odds.

Alex knew only two paths lay before him: to be forged in the fires of his enemies’ hate into a killing blade capable of cutting down all his foes...or to be hammered into slag, never to rise again.

Eager for a fast-paced Wuxia/LitRPG adventure filled with deadly adversaries, exotic adventures, and mighty cultivators fighting for the power to topple kingdoms? Then listen on!

Such a good book and series

Can't wait for the next book. 3 out so far. Such a good series. Highly recommend for cultivation loves. Come get this book

I really hate this guy!

This was an awesome book. But the ending has me so pissed off. Every book ends this way. Honestly if you’ve made it this far into the series you know what I’m talking about and you are already hooked. I hope the next book comes out soon.

The author gets a bit lost in digging up new descriptive words but I sometimes loose track of the actual scenes because of this. I found the second book better than this one but I’m sticking with this series and like the other series by this author also. That one is pretty badass with heads floating conscious in vats as torture and real cool world building. I’ll be getting all the books from this author for the foreseeable future.

why do you make the mc a blushing maiden at the beginning of each book, he blushes at EVERYTHING. Then you retcon almost everything he learned in the last book until the second half of this book. Mc destroys people ranks above him at the end of the last book, healing almost instantly but an hour into this one and hes crippled by people weaker then himself after defeating their much stronger peers. Ridiculous. I get that the mc needs to have his trials but make them cohesive with what you already established in the last book. The narrator still needs to chill, he did better in this book but he still starts making parts of the book unnecessarily intense, unless the mc has anxiety I guess lol The story it self is good, its worth listening to if you have a spare credit and need a cultivation fix. I have no gripes on the system so far, and i enjoy watching the mcs cultivation unfold. The consistency of the mcs personal development is redunkulous though and thats my biggest gripe.

Great series, but I’m getting tired of the underdog story. The MC keeps making stupid mistakes.