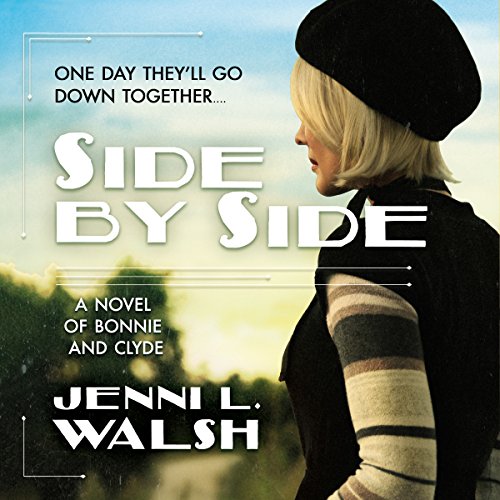 An audiobook about America’s most infamous crime spree, told in the raw and honest voice of the woman who lived it, Bonnie Parker.

Texas: 1931. Bonnie Parker’s dreams of the limelight and a white picket fence are on hold. She’s a waitress in Dallas, endlessly writing letters to the governor pleading for the release of the man she loves: a reckless, quick-smiling boy named Clyde Barrow, sentenced to 14 years at the notorious Eastham prison farm. When Clyde is paroled early, Bonnie thinks their life is about to really begin. But Clyde has changed in prison. Distant, damaged, and dogged by the cops, he knows it’s only a matter of time before the law tries to lock him up again. That’s not something he or Bonnie can bear. When he’s fired from his job - and now breaking parole - he decides to make a run for it. Leave Texas. Get enough cash to make a fresh start in a new state. And, of course, he wants his beloved Bonnie to come with him. It’s just one stolen car. One robbed bank. Then, they can have the life they always wanted. Or so they think, as they set out.

Unflinching and yet deeply empathetic, Jenni L. Walsh’s Side by Side tells the story of America's most iconic outlaws.

"Full of charm and sly humor, Side by Side tells the story of Bonnie and Clyde’s slide from lovebirds to jailbirds - and what an action-packed story it is! Vivid storytelling and a few shots of humanity breathe new life into this notorious duo. This book should be on everyone's 'most wanted' list this summer." (Elise Hooper, author of The Other Alcott)

What listeners say about Side by Side

Wasn’t sure what this would be like? Pleasantly surprised at how good it really was. While the story took a few liberties, overall it seemed to follow the timelines outlined in other books pretty well. Keep me engaged and interested the whole time.