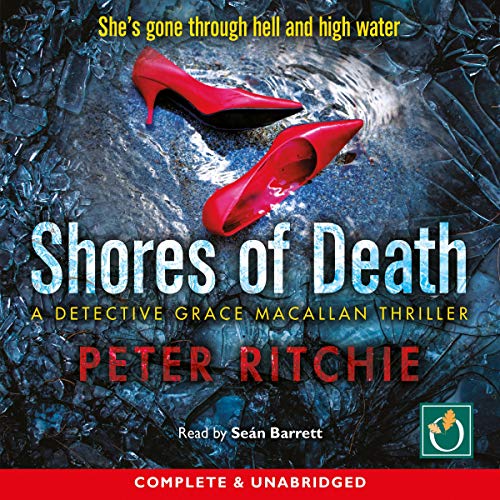 By: Peter Ritchie
Narrated by: Sean Barrett
Try for £0.00

Grace Macallan is at breaking point, and a new investigation is testing her to the limit. An undercover officer is missing, and a woman is washed up, traumatised and barely alive, on the shores of Berwickshire.

As she untangles the woman's story, Grace is drawn into a cold-blooded criminal world headed by Pete Handyside, a notorious gangland boss who will fight hard and dirty to control his brutal empire. But a traitor in his midst is intent upon betrayal, triggering an uncontrollable wave of violence. As she hones in on crucial evidence, Grace knows that one wrong move could end in tragedy.

What listeners say about Shores of Death

I have listened to all the books by this fabulous author read by the inimitable Sean Barrett. This one is the best of a very good series.