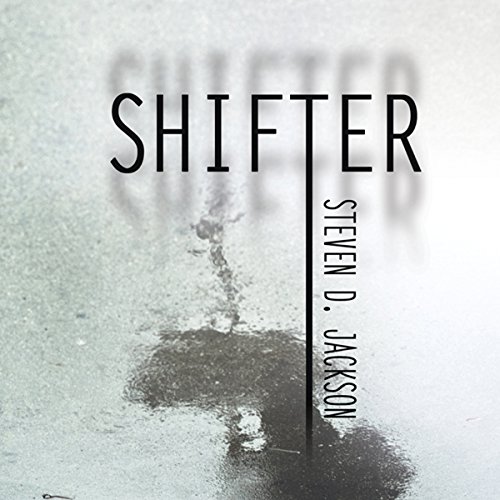 John Davis might be going insane. Or he might be reshaping reality. He isn't sure which. When the world starts shifting around him, he is the only one who seems to notice. The changes seem harmless at first-sunny skies, a nicer apartment, new furniture-but quickly turn sinister when his best friend vanishes without a trace. In his search for the truth behind his friend's disappearance, John uncovers a mysterious organization dedicated to hunting down those who can shift reality-and they want John dead. If John isn't the Shifter, he needs to find out who is before the organization catches up to him and his reality unravels completely

Would you try another book from Steven D. Jackson and/or Bruce Donnelly?

I might try another book by the author, but doubt I would listen to the narrator again, unless he becomes more polished.

What was most disappointing about Steven D. Jackson’s story?

The concept of the story was good, but was not very well executed. I liked the idea of reality-shaping, but the characters were cardboard.

The narrator has a pleasant voice--nice British accent--but he pauses at points within sentences throughout the entire book that makes the story hard to follow. He does this most markedly when the sentence begins with someone's name, so that one is expecting some character to be directly addressed. This narrator may become a good one if his timing can be improved. He has a nice voice.

Disappointment. I was expecting so etching along the lines of the "Butterfly Effect", but the story was choppy and characters were not well developed.