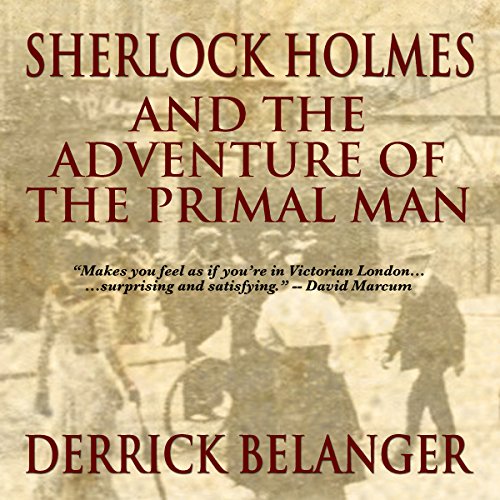 Sherlock Holmes and the Adventure of the Primal Man

Sherlock Holmes and the Adventure of the Primal Man

London 1901. The city is in the grip of "monkey man mania". Intrepid explorer Drake Patterson has caused a media storm following his astonishing discovery of a frozen ancient man in the remote Himalayan Mountains. This primal man has been triumphantly transported back to England as proof of the missing link in evolutionary theory. The upcoming auction of the specimen causes a stir amongst academics and the board of the British Museum. While many are excited about bidding for this yeti, or mi-go, there are some with a more skeptical viewpoint. The story of the find just doesn't add up - neither does the fact that no one is prepared to insure the beast.

Enter the great detective Sherlock Holmes and his loyal friend Dr. Watson. Sherlock is in no doubt about the primal man's authenticity and takes great pleasure in enlisting the assistance of his cousin, Professor Ellington Dynamo to prove the case. The fraud investigation takes a dark turn when it becomes one of murder, and Sherlock's powers of deduction and skill are once again put to the test in this exciting adventure.

Full of the skullduggery and surprises you would expect from a Sherlock story, and with the fearsome Professor Dynamo and his delightful inventions to boot, The Adventure of the Primal Man will not fail to please.