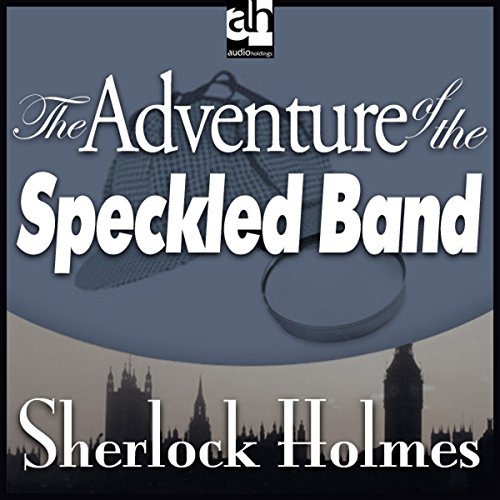 Sir Arthur Conan Doyle's personal favorite among his Sherlock Holmes mysteries, "The Adventure of the Speckled Band" receives a rousing performance from prolific audiobook narrator Edward Raleigh on this contemporary recording. A so-called "locked room" mystery where there is no obvious killer, the story concerns the suspicious death of a young woman's sister, with her violent stepfather as the main suspect. Clever and thrilling in equal measure like any good Holmes story, The Speckled Band benefits from the dignified manner and classic delivery from BBC Radio Play veteran Raleigh.

A young woman consults Holmes about the suspicious death of her sister. Suspicions quickly fall upon her violent and abusive stepfather. But is he the killer? And what is the mysterious "speckled band?"
Public Domain (P)2009 Audio Holdings, LLC

Always enjoy Sherlock Holmes can't beat them. Either book or audio, good mystery holds you to the end

An excellent story, well read with the exception of Holmes' initial interview with Helen Stoner which is very poor in terms of rhythm and appears to be jumpy and missing some words. This doesn't detract from the story, but is annoying when using the audiobook to lull oneself to sleep.

As english is my second language, I couldn't understand anything, the accent was too thick. I wish I could get my money back.