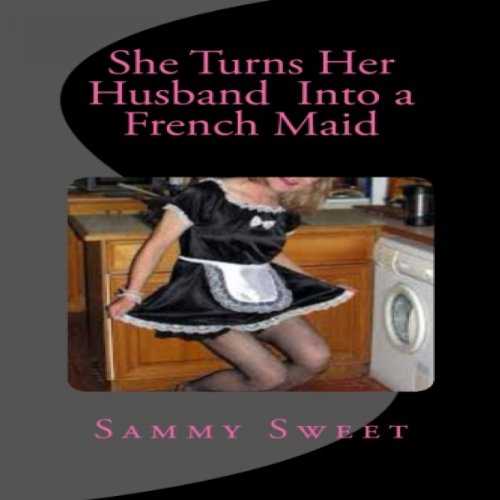 She Turns Her Husband into a French Maid

She Turns Her Husband into a French Maid

"Good because unless you do as I say and listen to Melody some more then I will put your pics all over the internet. You wanna play with other people then you will do it when I say and with who I say."

Tony knew he had to do what Karen wanted because if those pics got out it would destroy him, he would lose his job and any respect anyone has for him. He had no choice but to go along with whatever Karen wanted. For the next few days Karen made Tony work in his maids outfit and she was loving it, watching him do as she says and knowing she had a hold on him felt great. Karen decided he would stay her maid for as long as she wanted and to make sure he couldn't change out of the outfit she put all his clothes into black sacks and threw them out. Tony now only had the maids outfit to wear and when it needed to be washed he had to do it naked, he literally had no other clothes. Karen decided it was time to up the game, she had always liked the look of the pool boy and decided she would flirt with him a bit in front of Tony. The pool boy was not really a boy, in fact he was all man. He was in his late twenties and obviously worked out because he had an amazingly fit and muscular body and he was bronzed from his work, he would always take his top off when working on the pools. Steve, that's the pool boy arrived about 8:30 on the Thursday morning and he immediately removed his top and began working on the pool. Karen was watching him and he looked so hot she was thinking of seducing him. "That's what a real man looks like Tony, how would you feel if I were to seduce him?"