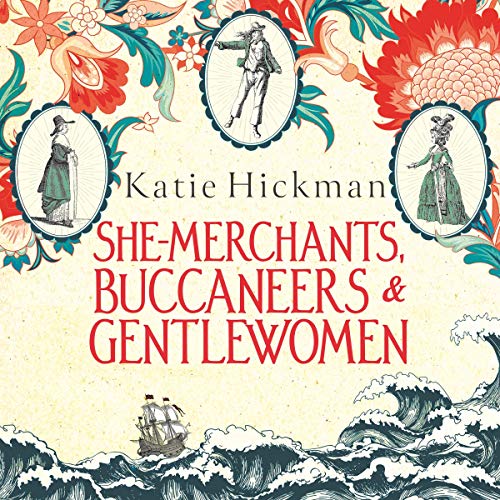 The first British women to set foot in India did so in the very early 17th century, two and a half centuries before the Raj.

Women made their way to India for exactly the same reasons men did - to carve out a better life for themselves. In the early days, India was a place where the slates of 'blotted pedigrees' were wiped clean; bankrupts given a chance to make good; a taste for adventure satisfied - for women. They went and worked as milliners, bakers, dress makers, actresses, portrait painters, maids, shopkeepers, governesses, teachers, boardinghouse proprietors, midwives, nurses, missionaries, doctors, geologists, plant collectors, writers, travellers and - most surprising of all - traders.

As wives, courtesans and she-merchants, these tough, adventuring women were every bit as intrepid as their men, the buccaneering sea captains and traders in whose wake they followed; their voyages to India were extraordinarily daring leaps into the unknown.

The history of the British in India has cast a long shadow over these women; Memsahibs, once a word of respect, is now more likely to be a byword for snobbery and even racism. And it is true: prejudice of every kind - racial, social, imperial, religious - did cloud many aspects of British involvement in India. But was not invariably the case.

In this landmark audiobook, celebrated chronicler Katie Hickman uncovers stories, until now hidden from history: here is Charlotte Barry, who in 1783 left London a high-class courtesan and arrived in India as Mrs William Hickey, a married 'lady'; Poll Puff, who sold her apple puffs for 'upwards of thirty years, growing grey in the service'; Mrs Hudson, who, in 1617, was refused as a trader in indigo by the East Indian Company, and instead turned a fine penny in cloth; Julia Inglis, a survivor of the siege of Lucknow; Amelia Horne, who witnessed the death of her entire family during the Cawnpore massacres of 1857; and Flora Annie Steel, novelist and a pioneer in the struggle to bring education to purdah women.

For some it was painful exile, but for many it was exhilarating. Through diaries, letters and memoirs (many still in manuscript form), this exciting book reveals the extraordinary life and times of hundreds of women who made their way across the sea and changed history.

"Sharply observed, snappily written and thoroughly researched, She Merchants provides a fabulous panorama of a largely ignored area of social history. Katie Hickman successfully challenges the stereotype of the snobbish, matron-like memsahib by deploying a riveting gallery of powerful and often eccentric women ranging from stowaways and runaways through courtesans and society beauties to Generals' feisty wives and Viceroys' waspish sisters. It is full of surprises and new material and completely engaging from beginning to end." (William Dalrymple)

What listeners say about She-Merchants, Buccaneers and Gentlewomen

I do love these books that tell a familiar tale from an alternative viewpoint. The story of these women is very interesting, going from horrendous travel conditions to being in lock down during the Indian uprisings. Well worth a listen.

Really wanted to like this book but gave up half way through. I just didn't like the subject matter. That said the narration was excellent as usual by Tania Rodrigues.