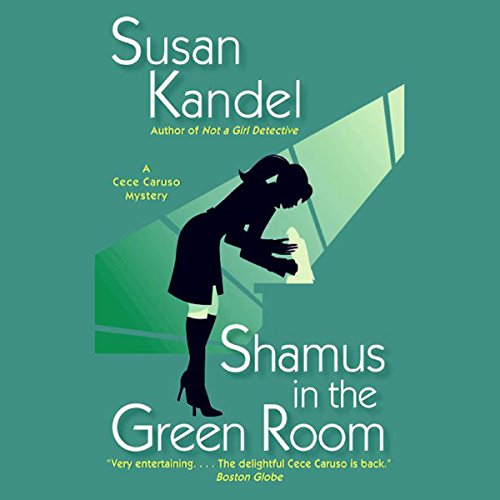 Shamus in a Green Room

By: Susan Kandel
Narrated by: Dina Pearlman
Try for £0.00

Los Angeles writer Cece Caruso is thrilled that her biography of the legendary Dashiell Hammett is headed for the big screen. Rafe Simic, the actor cast as the lead, may not be the sharpest knife in the drawer, but the money she'll make tutoring him in the ABCs of The Maltese Falcon and The Thin Man should be good enough to feed Cece's addiction to vintage Yves St. Laurent.

But when the dead body of one of Rafe's old flames is discovered and neither the "facts" nor the hunky star's alibi add up, Cece can't help but ask questions. However, the twists in this case would confound Sam Spade himself. And in her zeal to win justice for the deceased, Cece might end up pulling the plug on the movie - if someone doesn't pull the plug on Cece first.

What listeners say about Shamus in a Green Room