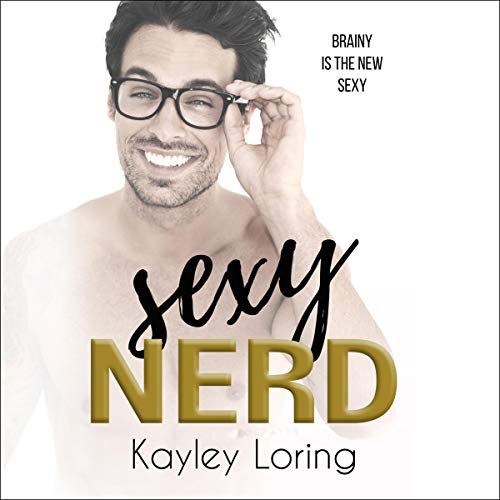 When he walked into my restaurant, I thought he was the hottest man I’d ever seen in person. And then he spoke. And I realized who he was. The world now knows him as John Brandt - the ridiculously wealthy, handsome, genius workaholic startup founder and tech entrepreneur. I will always think of him as the annoying geek who's my older brother’s best friend.

Market research has told him that he needs a girlfriend for an important business trip and gala event. He says he doesn’t want to bring someone that he has to impress or make an effort with, so he thought of me and figured I could use a nice vacation from my life right about now. He is one cocky nerd. Even if he’s right.

I need the money, and he can actually help me with my career, but I think he needs to be schooled in the art of treating a lady right. Lucky for him, I am just the woman to finally teach him. Turns out, his total lack of social skills does not correspond to a lack of skills in the bedroom. At all. He even teaches me a few new tricks.

Every time he opens his obnoxious mouth, I can’t believe this guy’s for real. Every time he touches me, every time he reminds me of who I was before I started to lose myself in the big city, I can’t believe that what we have right now is fake. I’m afraid that by the end of the month either I will have punched him in the face or the last man on earth I ever thought I’d fall in love with will have broken my heart. Or both.

What listeners say about Sexy Nerd

I must admit I wasn’t exactly desperate to listen to this audiobook.. however that all changed as this talented author very quickly drew me into this heartwarming sweet and sexy story of how an awkward nerd transforms himself for the woman he’d been secretly in love with for years. Socially awkward and starved of affection, John pretty much lived at his best friend’s house while growing up because his busy absentee parents were never around and slowly he watched his friend’s sister blossom and grow into a beautiful talented ballerina. Despite their differences and playful antics John always knew Olivia was ‘the one’.. and one day, after seeing her on stage, he has a eureka moment and decided to finally do something about it. And, two years later, a very different John emerges to lure Olivia in with a very tempting ‘fake relationship’ plan. A plan that would bring him emotional highs, forge new feelings, detract his Entrepreneurial mind, distract his genius way of thinking and hijack his heart.

Growing up Olivia affectionately called her brother’s geeky best friend Johnny B Nerdballs - they verbally sparred and played pranks on each other.. but, at 27, it was a very different John that walked in and wowed Olivia. Successful, rich, charismatic, sexy, toned, confident and so so handsome John turned many heads.. and also brought out some very different feelings in 23 yr old Olivia now. And, if she signs his ‘fake girlfriend’ Contract, the whirlwind that’ll follow will also change her future too.. but that’s only if she can decipher his logical way of thinking, sway his priorities, understand his actions.. and come to love his endless quirks.

Worth a credit? Told in dual POV by two decent narrators.. this unique, fun, lighthearted, sweet, cute and sssssssexy story was very entertaining and addictively different as the loveable Tech CEO slowly learns how to prioritize his life and his love thanks to a very understanding and loving girlfriend. And yes, it definitely would’ve been creditworthy.. but it’s one of Audible’s Escape books so YAY it’s practically free.

Lovely Read! I can't remember the last time I felt compelled to write a review.

The best funny romance I've read in a long time. Can't wait to see what's next.

Goofy smile for the entire book!

John is such an adorably quirky nerd. Olivia is a sassy, loyal, and strong willed Tiny Dancer. The two of them are so cute together. A delightfully funny romantic comedy. I laughed out loud, swoon some, and spent most of the book with a goofy smile on my face. This is my third book by the Author and I'm really enjoying them, love her writing style
Mackenzie and Benjamin did a good job portraying their relationship, only thing Benjamin female voice needs some work. I highly recommend this one

I loved this story! John was so sweet but also a little clueless in the sexy nerd genius sort of way! Olivia has such fire, drive, and determination in every area of her life. As a professional ballet dancer she'd have to.

They've known each other forever but she is his best friends baby sister. Olivia is the one girl he shouldn't want yet the one he cant live without. As John watches Olivia dance and he knows he has to have her. He takes his time and when opportunity knocks he jumps on it.

Watch what can occur when you get loved by a sexy nerd!

Sexy Nerd and the Ballerina!! 🔥🔥

Kayley, Kayley, Kayley...you had me at sexy nerd!! This was such a great book. A very nice surprise from the author and narrators. I absolutely loved it.
John Brandt is the sexy nerd with a nerdy plan to win the heart of his best friends sister Olivia who he has crushed on since they were young kids. The story and characters and the narration is fantastic!!
During their story, John takes us back to when they met and we learn about his parents, Olivia's parents and brother from childhood to adulthood.
Olivia is a ballerina dancer and is sweet, has a smart mouth, is witty and made me laugh a lot. Mackenzie's narration as Olivia was so beautiful.
And there is some really grand romantic and sexy chemistry between John and Olivia too. This one is a relisten for me. Who says nerds can't be sexy...😉😉

This is the first book I have read by Kayley Loring and it won't be my last. This was a Cute, Sweet, unique, and charming story. I liked it.
Narration was good.

This story is pretty good. Its a good escape that is short and sweet. I like that the nerd transformed himself to be sexy, gorgeous man and women just swoon him. The narrators were very good. They made the story even better. I highly recommend!

Don’t you just love a sweet romance with a great happy ending! This book doesn’t disappoint. You root for the characters right away. There is little angst and the story just leaves you feeling good.

Such a sweet story. It was an easy book to listen to. I loved the ending!!

Beautiful read with a great insight on how a mind works

Wonderful book, well developed characters and plot. The characters provide an interesting understanding of how a mind works, especially of those who have trouble with verbal expression of their emotions.