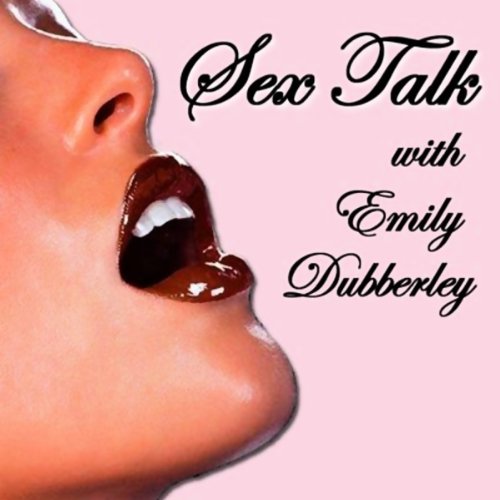 Emily Dubberley is one of the UK's most prolific sexperts, with seven books, two sex magazines and one of the largest sex fantasy websites to her name (cliterati.co.uk). In this edition :

Explicit Language Warning: You must be 18 years or older to purchase this program.

The Reality of British Sex Lives Exposed - And a Confidence Crisis
No sex, please, we¿re British? Well in 2006 this is clearly not the case as nearly a third of Britons have orgasmed in the last 24 hours ¿ and 3% admitted it was in the last 60 minutes. A lucky two thirds achieved their goal with a partner - but the remaining one third admit to going it alone.

The research out today reveals a postcode lottery when it comes to our sex lives. The South West of England is the UK¿s orgasm hotspot (33% admitting to achieving orgasm that day) whilst the Northern Irish are the least likely to lose control with 5% never having achieved orgasm all. The study of 1,000 Britons sexual habits and confidence for Audible.co.uk is part of research for their regular downloadable podcast presented by sex expert, Emily Dubberley.

Confidence Crisis
Sounds like we¿re having a lot of fun, but confidence levels in our performance are not so encouraging. Just 6.5% of Brits would say they were outstanding in the bedroom. However, even though over 40% of us believe we are ¿good¿ in bed, this leaves much of the UK with the niggling concern that they are below average when it comes to getting down and dirty. Again, this confidence can depend on your address with Londoners being the most sexually confident in the UK (64% would rate themselves good to outstanding!) and again, the Northern Irish feeling the least happy about their sexual side (just 41% confident) although the Welsh and South West aren¿t too arrogant in bed either (43% confident).

Sadly there appears to be a sliding scale of sexual confidence the more secure our relationship. 74% of singletons on the dating scene would rate themselves highly in the sack compared to 66% of partners who don¿t live together. Move in together and this drops to 55% and just 44% of the happily married could say they were sexually savvy.

What listeners say about Sex Talk with Emily Dubberley