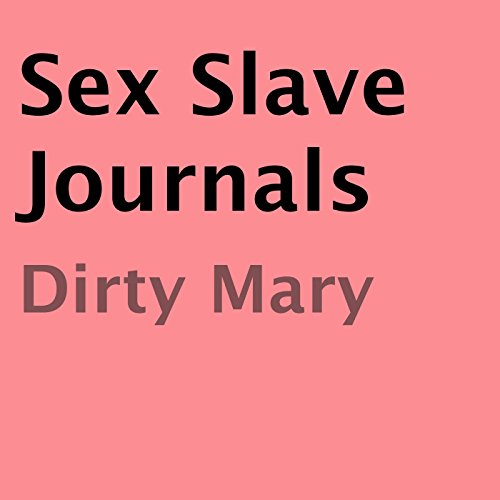 Acquired, hired or captured, it doesn't matter how the girls are brought in, but once they are, they girls quickly realize they are being turned into sex slaves and as new sex slaves, they learn the joy of punishment coupled with sexual stimulation.

Would you try another book written by Dirty Mary or narrated by Bryan L. Anderson?

Based on this, certainly not one they both had a hand in, and definitely not the narrator.

What could Dirty Mary have done to make this a more enjoyable book for you?

The story is nonexistent and is just random noise linking sex scenes. Even the nosey neighbour at the end is a thread that doesn't have any end at all. The descriptive writing is poor and emotional connection is lacking. All the characters seem to take to pain play the same way with the author constantly using a lift or hill and valley metaphor to a vast amount of the scenes to describe pain of a belt or the caress of a wet cloth over hot skin. Just no imagination and no depth in any of the interactions.

I will mention the endless horrific use of euphemisms for male and female genitalia. I lost count of the use of volcano, rocket, cavern and similar things. Which was odd as it wasn't like penis, vagina or stronger versions were not used, but so rarely you'd consider them not there in comparison. Sometimes you got three euphemisms in one sentence to overly describe one instance in an act.

Would you be willing to try another one of Bryan L. Anderson’s performances?

If this is a sign of his work then heck NO! Worst narration I've ever listened to on Audible in 350 books. Is narration is rushed and sounds very monotone for his narrative and little to no change in pace. This is bad. And his female voices are worse. Half of them are so soft, quiet and at a certain pitch they sound childlike. Great for adult book.

The worst crime and what made me wish I could give this a minus rating, shoot the rating and bury it was the errors. Nothing was done to take out the errors. If he coughed, or makes a mistake, he just re-reads that sentence. Of course that's if he doesn't cluck, sigh, blow a raspberry or make some other random sound of mild annoyance at his error before he reads on. Heck, he blew one line THREE times. Most disgusting, lazy and unprofessional audiobook narration I'm listened to.

If you could play editor, what scene or scenes would you have cut from Sex Slave Journals?

Most of them because of sheer similarity. Some of the sex scenes were not half bad if they were stand alone scenes. The first scene between Tonya and her friend was okay if taking away some of my issues I've mentioned above. But most are too similar.

It "may" appeal to some if all you want is zero plot and fairly repeated scenes with various couples or threesomes, but you won't be riveted or left breathlessly aroused too often I'd think.

The worst performance I've ever listen to

The story itself was quite good. The writing was poor and the performance was worse.

The narration was the worst I've ever heard. He coughed. He repeated himself. He stumbled over words. If there were some by editing his performance and directing I would be surprised. It was amateurs, something like I wouldn't expect from elementary school kid.

What character would you cut from Sex Slave Journals?

This could've been a lot better intriguing story if the writer had tied everything back to the spot more. We started out with the spas accountant and after the first chapter never heard thing more about him. The writing was very poor and amateurish. Good storyline, but poorly written. To make things worse, the performance was the worst I've ever heard. Not professional all.