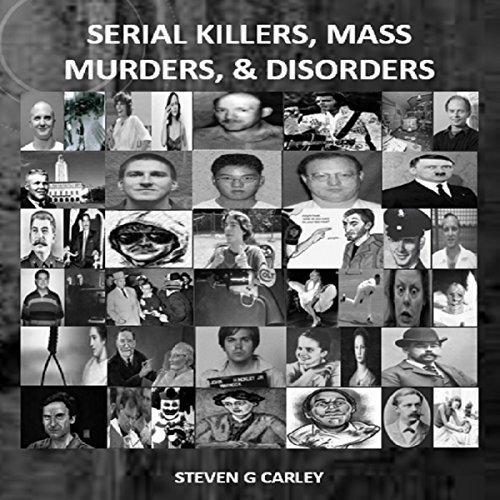 This book acts as a long, drawn-out project that over time reveals pertinent information among certain perpetrators. Serial killers and mass murderers alike tend to be white males. They are usually young but not all - just some are so young the average age drops substantially. Serial killing is often a means of engaging in some sort of sexually sadistic act, but not always. As an example, one may point to Harold Shipman (Dr. Death), Ted Kaczynski (The Unabomber), or Herman Mudgett AKA Dr. Henry Holmes, who killed for money more than any other reason. This may make Mudgett the scariest of killers not far behind perhaps the deceitful Mark Barton. The worst may not instill fear, just as the worst in Adam Lanza killing the inhabitants of two first grade classrooms. Whether a mass murder or serial killing, the act is horrendous. The serial killer makes the attempt of avoiding capture as his - or her in some cases - body count increases, just as Dr. Harold Shipman increases his body count to a dreadful 218 deaths. The mass murderer seems to view the act as the last he will ever make, claiming his victims and in many cases finishing the job with a self-inflicted gunshot - or in the case of Andrew Kehoe, a self-inflicted detonation. The victimsof these crimes often go forgotten but the grizzly memories seem to remain with all.