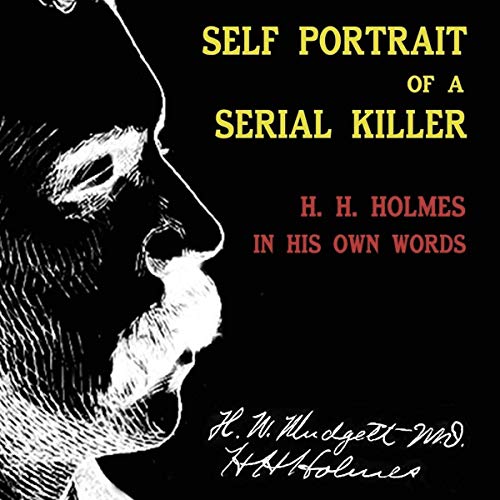 Self Portrait of a Serial Killer

H.H. Holmes was a doctor, real estate speculator, pharmacist, bigamist, swindler, and America's first media superstar serial killer. As he awaited trial, he put out a series of autobiographical documents, press releases, and interviews that revealed his sociopathic tendencies and lies about his crimes.

The infamous killer of the Chicago World's Fair published a memoir and a confession, both of which conceal more than they reveal of the truth. Then, he gave a speech at his hanging that recanted everything. This series of documents is edited into a seamless narrative with newspaper clippings that shows the dark but charming side of a man who had nine confirmed kills and who claimed to have killed 27.

This audiobook ends with a description by Matt Lake, author of Weird Pennsylvania, of the strange secret burial of the hanged Holmes and recent exhumation that calls into question everything we thought we knew about Holmes's last days.

What listeners say about Self Portrait of a Serial Killer

thinking it's slightly boring then BAM a hour of what he actually done, really good listen

he was just ok. i dont have 15 words for this book in general. thank you

great book. It shows his mindset and how he thinks

it's kind of scary how he tries to make himself sound so good. I would recommend this book.