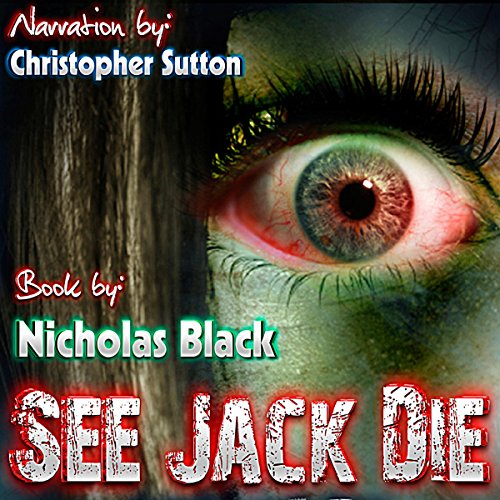 Jack Pagan might as well be four months old. He awoke in a hospital after suffering a head injury that left him dead for over 67 minutes. All of his long-term memories were destroyed. Now he has to start his life again. His accidental flirt with death left him a special gift. In those few minutes as he fades off to sleep each night, and in those early hours of the morning as he numbly awakens, he sees them.

At first the shadows would just stretch into strange shapes and forms. Jack thought that he was hallucinating. That his medication was playing with his vision. Then the strange shadows began to walk around, moving freely. Jack chalked it up to a brain tumor. Some disease in his cerebral cortex. Schizophrenia, even. Something he could live with.

Now these creatures are haunting not only his nights but his days. And they have a tendency to show themselves around people who are about to die. Seeking help, he turns to a psychic who gives him a very special book. A book that he was destined to find. Jack learns that the only way he will ever know about who he was is to face his worst fears and die... again.

In a series of incredible twists and turns, Jack finds out that the worlds of the living and the dead are much closer than any of us can possibly imagine. And monsters...are real.

A little bit of horror, some suspense, a lot of paranormal, and even a bit of romance...

this was a pretty entertaining story

This book follows the journey of Jack Pagan (the snazzy alternative to 'John Doe'), a man suffering from amnesia following an accident. Since waking up, Jack now has the ability to cross over into the land of the dead and communicate with the spirits he meets there - he also has the ability to see the dark creatures that follow the living before their demise. I found this story oddly (pun intended) reminiscent of the Odd Thomas series which I have read recently though there are some key differences that stop them from being too alike.

The story takes place in the first person, namely Jack, so that we can see the world as he does from his limited perspective. I found this to be an interesting take at the beginning, however it did begin to get a little tedious by after a little while as the story became more predictable and listening to Jack being used by all the other characters began to tick me off.

This is a very character driven novel, everything we learn about the world we learn through Jack's thoughts and the conversations shared with the people close to him - unfortunately, I found it very difficult to bond with Jack and then struggled to invest myself in the rest of the book. Even though he is mild mannered and pleasant, I found his tendency towards naivety and being easily led by those around him to be really frustrating.

The book covered some interesting and dark concepts such as death, the power of the living and human identity - but the author tries to keep it light with some humour, sometimes it works... sometimes it doesn't. All in all, this was a pretty entertaining story - if you're a fan of the Odd Thomas series or supernatural mysteries, this could be the book for you.

I find it quite difficult to rate the narration of this book as it was told in the first person, and I personally didn't really like the main character. Christopher Sutton's tone was largely introspective and self pitying, which was appropriate to the story and the main character and exactly why I struggled to like Jack, I feel would have been less grating had I read the book for myself and diluted the character. The production quality of this book certainly met my expectations as a listener.

All of this said, I want to make it clear that this book is not badly written or narrated by any stretch of the imagination- it simply didn't do it for me, I like my horror more bloody and less introspective.