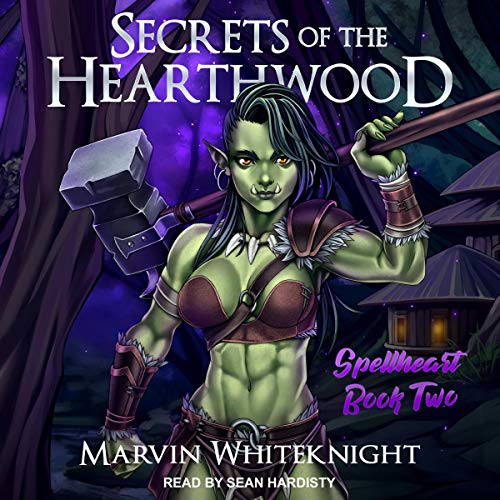 By: Marvin Whiteknight
Narrated by: Sean Hardisty
Try for £0.00

With enemies at the gates and trouble at home, a man must defend his clan armed only with his magical martial arts and a futuristic spaceship fortress.

His enemies won't know what hit them.

After finally defeating the Matriarch of the Crimson Dragon clan, Theo's left with a disunited group of tribes swearing loyalty to him in name only. And why should they? He's got no towering fortress. No chests of gold. No loyal army.

What listeners say about Secrets of the Hearthwood

So this series took me by complete surprise! I’ve enjoyed the unique mesh of of LITRPG, Cultivation, and Harem elements. The author found a way to make this story interesting and unique from so many other stories. I can’t wait for the next Audible release for this series.

I don't ask for a lot when it comes to books like these. But having a decent sentence structure is one thing I do need. I'll give this series one more shot. But wow, this one was tough.

I started with the first book on a whim but I quickly became addicted to the series and I can't wait for more to make it to audible!!

a half a star better then the first book.

now all in all I'm pretty open minded about the stories I read. there are some that are not good at all and some that are a waste of money.

this one is pretty good though it may be lumped in with so.e others. give it a go and see how things pan out.

if you liked the first book, you'll love this one. More fighting, eroticism, and all that good stuff. 10/10 would listen/read again.

Great book I look forward to the next one

Great story, characters, and erotica in enjoyed listening to it on my commute during work. Really past the time well almost like watching a fantasy anime. Keep it up i am looking forward to more of your work.

Will be listening to again!

Glad I gave this series a chance. Hope they add the other two books. If not I'll just have to get em else where.