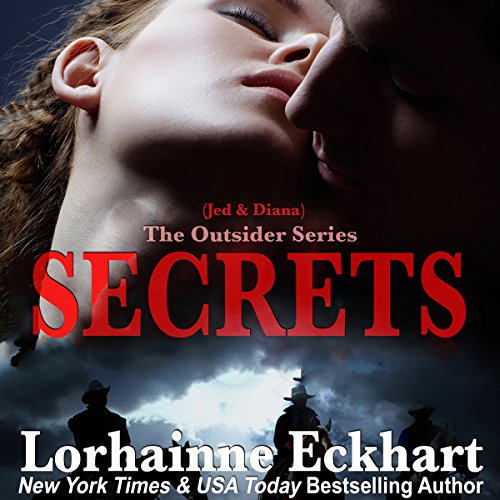 In Secrets, for Diana, Jed was the first man she trusted. He was the first man to show her what true love was. He was the father of her child, the one man she could always count on - until one spring day when Jed falls from the roof of the barn and Diana's world as she knows it begins to unravel. Diana is forced to face two things: her husband's secrets, and what if...there was no Jed.
©2013 Lorhainne Ekelund (P)2016 Lorhainne Ekelund

Not a winy life.

Struggled tie read very far into the book. Did not finish the book at all.

Another engaging story in the series

We are back with the Friessen family and another story revolving around Jeb Friessen and his wife Diana. Jeb is the love of her life, butJeb is keeping secrets on the state of affairs. When an accident occurs and their future is in danger, will the truth come out? Will there be a HEA or will tragedy change everyone’s life? I have come to love the stories this author creates. Why? Well, she gives us characters that are not cookie cutter, are imperfect in a life that is messy, yet wonderful. I enjoyed the ebook, but always find the audio versions bring the stories to life and this one was no exception. Looking forward to more stories in this engaging series.

These books and in this series are a Must Read and Listen to book and Audible. The Audible brings this Family to life. I read this book and the whole series so many times, I Love them!! But, when I started to listen to them on Audible thanks to Ms Eckhart, I really enjoy this series more. Because it brings the Characters more to life.

...a puzzle where nothing actually fits.

Eckhart has a gift for bringing the senses alive. Her stories are soulful looks at life and love through less than perfect eyes. Secrets is a puzzle where nothing actually fits. Diana and Jed thought they'd weathered their stormy pasts until an accidental starts to unravel it all. A powerful look at what love truly means and the danger that lives within the unknown.

Jed is keeping too many things from Diana and not treating her like the intelligent, highly educated woman she is. This maybe wasn't so bad until he is injured and unable to help keep their ranch and dream from falling apart. The great thing about this story is how Jed's family rallied around him to help take care of the things that he couldn't do while recovering from a bad fall. The main story for Jed and Diana is concluded in this book but there is a cliffhanger for Andy and Laura. I'm a bit disappointed to find out that the remaining books in this series aren't available as audiobooks. I do have the ebooks so I'll be able to continue reading about this close-knit family. Once again, I really enjoyed the narration by Melissa Moran.

I absolutely loved the love śtory of Diana and Jed ! The author brought the story to life with her words. I couldn't stop listening it was that good . I promise if you love romance you'll love this book .

What a story it kept my interest throughout can you imagine keeping something like that to yourself, I am so glad it worked out alright. The narrator does a really good job with this story. I am going to be looking at the next book in this series.