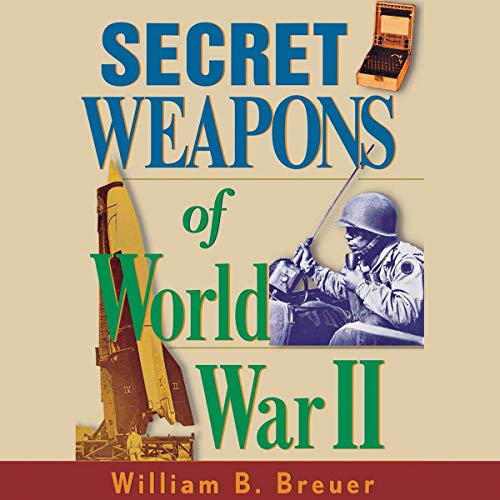 By: William B. Breuer
Narrated by: Fred Sanders
Try for £0.00

Here are the extraordinary tales behind the ingenious weapons and technological wizardry that determined the outcome of the war. From radar, huff-duff (high-frequency direction finding), invisible radio beams, electronic-guidance systems, homing devices, and submarine-detection equipment, Breuer deftly exposes the gargantuan efforts employed by both adversaries and the fascinating details of the high-stakes warfare waged behind the well-known scenes of combat.

Re-creating the covert missions, plots, hoaxes, spying, conspiracies, and electronic sleuthing, Breuer goes beyond the famous military leaders and statesmen to give an entirely fresh and startling perspective of the Second World War.

What listeners say about Secret Weapons of World War II