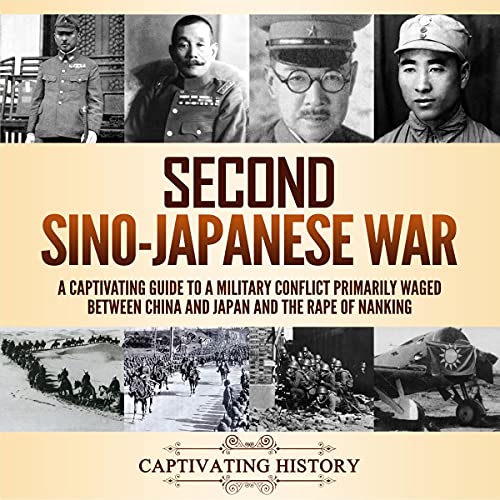 If you want to discover the captivating history of the Second Sino-Japanese War, then pay attention....

Two captivating manuscripts in one audiobook:

Many people in the West look upon the Second Sino-Japanese War, which took place in the 1930s and 1940s, as a sort of sideshow to the larger Second World War, but there is no separating the two. Imagine the Pacific War, the theater of World War II that took place in the Pacific. If the Japanese were not busy fighting on another front, they would have had millions of more troops available to fight the Americans and the British. In all likelihood, World War II would have ended the same way, but it would have taken much longer and cost that many more lives.

Some of the topics covered in Part 1 include:

Some of the topics covered in Part 2 include:

Scroll up, and click the “buy” button to learn more about the Second Sino-Japanese War and the Rape of Nanking.