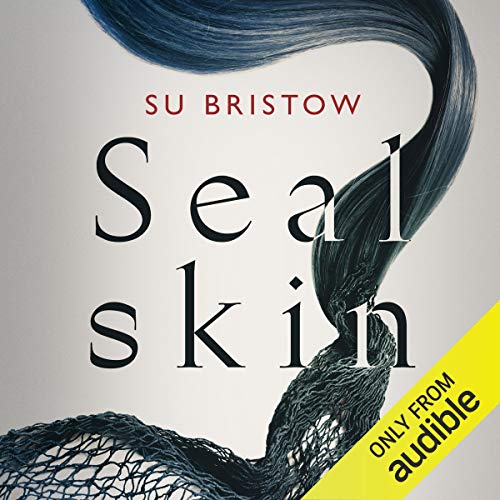 What happens when magic collides with reality?

Donald is a young fisherman eking out a lonely living on the west coast of Scotland. One night he witnesses something miraculous...and makes a terrible mistake. His action changes lives - not only his own but those of his family and the entire tightly knit community in which they live. Can he ever atone for the wrong he has done, and can love grow when its foundation is violence?

Based on the legend of the selkies - seals who can transform into people - Sealskin is a magical story evoking the harsh beauty of the landscape; the resilience of its people, both human and animal; and the triumph of hope over fear and prejudice. With exquisite grace, Exeter Novel Prize winner Su Bristow transports us to a different world, subtly and beautifully exploring what it means to be an outsider and our innate capacity for forgiveness and acceptance. Rich with myth and magic, Sealskin is nonetheless a very human story, as relevant to our world as to the timeless place in which it is set. And it is, quite simply, unforgettable.

What listeners say about Sealskin

Why oh why the unwelcome twist?

Su Bristow is undoubtedly an evocative writer and her description of the lives of the fishermen and their families is lyrical and compelling. I did however have a problem in that found the action and attitude of the main character Donald at the beginning was so repugnant that I felt it extremely difficult to ever gain sympathy with him. I did persevere but I'm afraid I still could not quite get over the first obstacle. At the end there is a summary of the legend on which this book is based and I wondered why the author felt the need to introduce the book in the way she did. The narrator was very good in part although I did think some of the women’s voices veered on the unintentionally comical side.

Opens with a rape scene

What was most disappointing about Su Bristow’s story?

Stopped listening and returned less than 15 minutes in. By all accounts this book is well-written and perhaps others would be able to see past the shocking opening in which the protagonist unambiguously rapes a young woman, but as someone who's been through that experience I have no desire to hear any more. From reading some interviews online I see that Bristow has views on the subject that definitely won't go down too well with some rape victims, myself included. She's entitled to those views, and people are of course entitled to love this book, but it's definitely not for me. Posting this review as I wish I'd seen something like it beforehand so I could have made a more informed decision.

Brutal, Beautiful, Heartbreaking and uplifting. I love this book. everyone has to listen to it.

What made the experience of listening to Sealskin the most enjoyable?

The beautiful writing, the scenery, the people, the story...

The skillful retelling and handling of an old and intriguing legend

Which character – as performed by Angus King – was your favourite?

Not sure what it has to do with Angus King (no offence he did a fabulous job of narration), but my favourite character is Auntie Annie

I did...I am now sleep deprived....but I am also very pleased that I did.

In the headline I mentioned the word "evocative" and that is the word that came to immediately to my mind when I came to write this review, for that is what this beautifully written book is, from the waves on the beach, to the seals on the rocks, to the man and his love and the community that surrounds them. In my heart I could feel the poignancy of the story, my spirit washed by the tides of loneliness, hardships and the struggle of the main characters with whom one easily found an empathy. If you can't smell the seaweed and feel the wind in your hair then you weren't paying attention. Highly recommended.

This story is beautifully written and the story will haunt you afterwards. Su captures the scenes and emotions perfectly and weaves a fascinating tale. I literally couldn't put it down for long and eagerly await her next novel

Can't get beyond main character being a rapist

Well written but starts with a rape by the main character thats never fully addressed.

shocking start and surprising end.Enjoyed very much. I had to listen to the first chapter twice then I was hooked.

This is written very sensitively. There are lots of themes and storylines which intertwine to make an enchanting story.

Great little tale from the myths, located in the small villages of Scotland. Great store to escape to!

Such an enjoyable listen, the narrator swept me up in the story and the characters were real and vivid. Great use of atmosphere to really give you a feel of the coast and cliffs they inhabit.

Could have been so good.

I was so excited for this book because I love Selkies but I found myself waiting for something to happen every chapter. The narration is awesome, I love his voice. The writing is great. I found Donald very unlikable even after I gave him a chance after what he did in the beginning. The Selkie was very subservient & docile and that really left me feeling almost sick. Seals have spunk and I thought Marie should of had more personality. My favorite part of the book was Donald's mother with her herbal medicines. And the scene with the Selkie and the children in the pool, that was straight beautiful. Besides that it left me frustrated and wanting more.