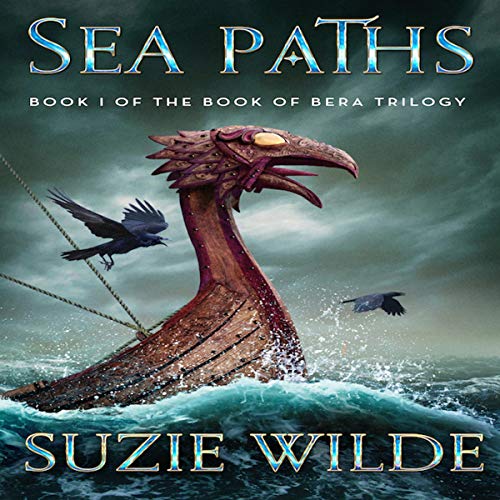 Sea Paths is the first book in The Book of Bera trilogy. It’s a tale of love and resilience in a cruel landscape. Young Viking Bera’s gift of sight and healing is scorned by her brutal folk, yet they survive because of her leadership at the ice edge of the known world.

Set at the time of huge Viking expansion when folk face famine, plague, and slavery, Sea Paths was one of The Guardian newspaper’s top five SFF books in 2017.

“The setting is not that of some generic feudal/pastoral fantasy, but a lovingly detailed Norse land that Wilde brings to startling life...an impressive debut.” (The Guardian)

What listeners say about Sea Paths

Stirs ones imagination into overdrive!

This story is set in the time of Vikings where famine, wars, doweries, and witchery/healings/harbingers. Viking Bera is married off to another who lives in a distant and foreign place. Her gift of sight and healing knowledge provide her the ability to help her people survive. That is if she can get past her stubbornness and thirst for revenge.

Bera’s struggle to fit in and face her past, present and future is not only interesting but stirs the imagination into overdrive. The author, Suzie Wilde, provides a rich, detailed description of everything – from scenery to activities to emotions to people. Each character is fully developed and fits the story. Wilde creates a world that is thoroughly developed and intricately described.

As the narrator, Wilde gives a solid performance. Her voices are well done and different enough that the listener is able to keep them separate. Her speech is clear, smooth, and embodies each character well.

While the book ended with several pieces that need to be finished, it is not a devastating cliffhanger. While I look forward to the second in the series, the first ended in a good place. Writing a trilogy is sometimes difficult providing a satisfying end to each book well.

There were no issues with the production or quality of this audiobook.

Disclaimer: This Audiobook was provided free of charge by the author, narrator, and/or publisher in exchange for a non-bias, honest review.