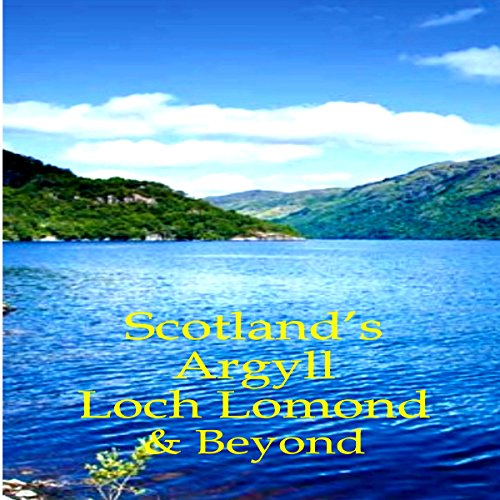 Off its west coast rise the myriad islands of the Inner Hebrides, which provide the backdrop for spellbinding sunsets. The Scottish nation was born in Argyll. The Scotti invaders arrived here from Ireland in the sixth century and established their Gaelic-speaking Dalriada kingdom at Dunadd, so laying the foundations for modern-day Scotland.

More recently, Clan Campbell was for a long time the all-powerful force in the region, and the Dukes of Argyll still live in the elegant, turreted castle at Inveraray. Extending from the Firth of Forth in the east, the Stirling region is mainly hilly, and reaches 3,192 feet in Ben Lomond.

The historic city of Stirling commands a strategic position in Scotland's narrow central belt where most of the country's natural highways converge, and has as a result been the scene of many battles. It was here that William "Braveheart" Wallace and Robert the Bruce won independence for Scotland.

Nowadays, Argyll's rugged coast and hills hide not freedom fighters but some of Scotland's most characterful inns and small hotels, whose rooms offer intensely peaceful relaxation, and whose kitchens serve some of the most delicious seafood you will ever taste. The author, a full-time Scottish resident, goes on to cover all the details of the surrounding area - the history, culture, sightseeing, how to get around, the places to stay, the restaurants, and more.

If you are thinking of a visit-YOU NEED THIS BOOK!

I feel that no one should plan a visit to Scotland without absorbing this book 4-6 weeks prior to making arrangements. Ideally, one would give it a listen first, then read (print copy) and listen simultaneously while making notes and placing sticky tabs for ease of reference.
The writer begins with an overview of the area, it's particular places in Scottish history, a brief of notable Scottish history, briefs of the terrain and aspects of travel, pretty much everything that a visitor ought to know from currency to passports to cost ranges to seasonal tourism. This info is not merely aimed to the US, but to Canada, the EU, and beyond.
The remainder is divided by specific localities, describing everything from attitudes, to flora/fauna, lodgings, castles and ruins, hiking (including uncommon sense reminders for comfort/safety), money exchange, to pub hours, and more. And local impact on history.
Unless you're just stopping there to buy whiskey and a kilt, you would miss out on so much if you had not planned your adventure without the aid of this exceptional infomational.
The narrator's performance enhances the material by pace and cadence which allow the reader to first absorb, then apply the knowledge gained in a way specifically tailored to need. I am not qualified to assess pronunciation of Scot and Gaelic words, but they sound right to me.
I received this book as a gift, and now I feel the need to purchase same for 2 friends who plan to make the trip!
PS: We are history buffs.

Good information but narration was too bland. Wasn't sure if it was a computer voice or human.

This was a really informative and enjoyable book!Jack Cherkijian is a terrific narrator for this tour of Scotland and beyond.We learn of traditions,foods,music,etc.
I was given this book free for an honest review.

Good travel guide to the area.

the opening is a great and informative overview of Scotland and the local stuff. once it went into specific areas it got a bit harder to keep up with. the performance was good for such a dry subject, but rated it based on other audiobooks. I did skip to parts of the guide to cities I was traveling. worthwhile use of a credit to purchase.... we listed as we drove. it would still be good to buy the hardcopy for specific points of interest, restraunts and lodging.