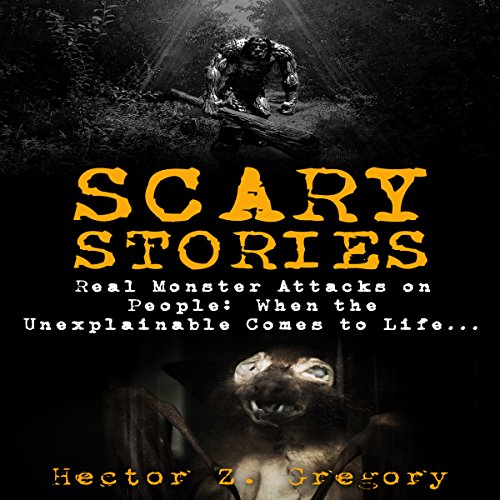 By: Hector Z. Gregory
Narrated by: William Kenny
Try for £0.00

How would it feel if you came face-to-face with something that isn’t supposed to exist? Imagine camping in a remote forest, or exploring caves deep underground, or being on a remote island in the Pacific Ocean when suddenly you find yourself close to a creature so strange, and so frightening, that it turns your view of the world upside down.

This audiobook is about ordinary people who have encountered extraordinary beings. But we’re not talking about a distant glimpse of a blurry shape here - these are all terrifyingly close encounters with creatures that not only exist, but they also have teeth and claws and aren’t afraid to use them on intrusive humans.

The stories featured in this audiobook are all accounts of close-up encounters with impossible creatures, including mermen, reptilians, dogmen, and even something that resembles a giant, flying humanoid bat.

As far as conventional science is concerned, the situation is simple: none of these creatures exist. The problem is, these are all true accounts. This leaves us with just two options: Either all the witnesses here are mistaken or not telling the truth (and, as you’ll read, in some cases there are hundreds of witnesses), or it’s time for science to reconsider just what is, and what, isn’t possible...

Here’s a preview of what's in this book:

The stories were fun and engaging and the narrator enabled the listener to be transported into the period discussed. Great narration!